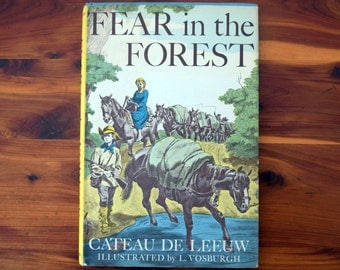 Okay, readers, I have good news! This is the last book I will review before delivering on my promised descriptions for Mr. Bookstooge and the girls over at The Elven Padawan. It’s been a long time coming, but better late than never, as they say.

Next week there will be a review of a Dean Koontz novel, followed by at least one, maybe two Star Wars analyses, with attendant warnings for younger readers. I’m thinking of making that a standby for some posts; there might be people who drop by here looking for books their children will like, after all. Most of the novels I review here are kid-friendly – and if they aren’t, there’s generally some kind of statement mentioning that up front. Still, for some stories, it might be better to have a more detailed parental/astute young reader alert.

This change is still under consideration, so it may or may not happen across the board. It will, however, be a definite part of my Star Wars reviews going forward. If you are looking for information on original Expanded Universe fare from the old SW timeline, my future articles describing those books will now come with this bold flag: Warnings for Younger Readers. If anyone has a question about possible objectionable content in the Star Wars novels previously reviewed here at Thoughts, just drop me a line in the comments. I’ll fill you in on the details (or lack thereof) that you should look out for when perusing those stories.

As you may have guessed, though, the book we are looking at today does not need a Warning tag because it is designed specifically for children. Fear in the Forest, by Cateau De Leeuw, takes place in the U.S. sometime after the War for Independence, as far as I can tell. It’s not explicitly stated in the narrative, but this blogger is sure that the story takes place after America won her independence.

Daniel, the hero of the piece, is an orphan who has spent the last three years on the Worder farm. His father was killed a couple of years prior by Indians, who scalped him and burned the farm. Since that time Daniel has been earning his keep with the Worders, who took him in after this disaster.

However, this does not mean that our hero is a desired member of the family. The Worders took him in out of a sense of duty; there were no other families close enough to Daniel and his father’s home who could care for him. They already have seven children and are expecting an eighth, so things are getting a little crowded at the Worder residence. They haven’t made Daniel feel welcome and tend to treat him more harshly than their own children, although they don’t abuse him. 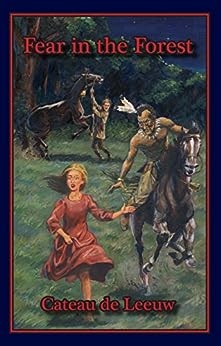 Part of the reason for their animosity toward Daniel may be due to the fact that, ever since his father’s death, he has been terrified of Indians. He’s afraid to go out into the woods alone and rushes back to the farm not long after he’s been told to go into the forest for some reason. One of the Worder boys – Abel – loves rubbing Daniel’s nose in his own fear, which doesn’t help the boy’s confidence at all.

Things are about to change, though. While working the land with the rest of the family at the beginning of the book, Daniel sees a man riding toward the house. Recognizing him as a white visitor from the north, a general shout goes up around the farm. The family converges on the visitor, eager to learn the latest news about the world outside. Except for Daniel, that is; he gets sent out to find and shoot some meat for the dinner meal, despite the fact that the family knows full well how much the forest scares him.

Still, Daniel knows better than to disobey an order. He takes the family gun, heads out into the trees cautiously, and manages to shoot a turkey for dinner. Once that’s done, though, he wastes no time getting back to the farm. There, he learns that the visitor is named Mr. Reese and that the man came to the Ohio country looking for land. Finding none that suited him, he’s headed back East.

The conversation then turns to Major General “Mad Anthony” Wayne, who is building roads through the Ohio country in order to move his troops through the forests so he can fight the Indians more effectively. Building the roads also makes it easier for those interested in moving into the Ohio country to do so, encouraging more settlements in the future.

For some reason, in the middle of this conversation, Mr. Reese asks Daniel if he’s ever heard of the packhorse brigades that take supplies from Fort Washington to Fort Greeneville. After the boy stammers that he has, Reese suggests that Daniel might like to join one of these supply trains. Flabbergasted, Daniel is thrilled and terrified. Thrilled because it’s an offer of adventure, but terrified because Indians continue to threaten the supply brigades as much as they do the settlers.

Mr. Reese doesn’t demand Daniel agree to go at once. He suggests the boy sleep on the matter so he can give him an answer the following morning. Daniel, however, is too confused and scared to sleep. Finally determining that the decision is too much for him, he gets up to tell Mr. Reese this –

Only to hear Mr. Worder tell the visitor that he and the family wouldn’t mind a bit if Daniel left, since the couple has enough trouble taking care of their own children and the farm. Naturally upset, Daniel goes back to bed, but not to sleep. Deciding that it’s best he doesn’t stay where he isn’t wanted, he chooses to leave with Mr. Reese the next morning….

And that’s all I have to tell you, readers! No more spoilers here! I will say, though, that Fear in the Forest was a surprisingly good book. It’s not the first historical novel this blogger has read, but it was more entertaining than it appeared to be, based on the description inside the cover. While the novel follows the general pattern of a boy going out into the world and overcoming his fears as he becomes a man, Cateau De Leeuw tells the story in an intriguing way. That makes Fear stand out from its contemporaries and many modern historical books.

But don’t take my word for it. Pick up Fear in the Forest at your earliest convenience, readers, and learn how good a book it is yourselves. It is worth its purchase price. ‘Til next time! 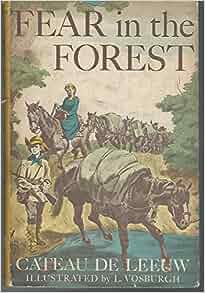