Borg.com is a really good blog to follow, readers. They keep track of all the latest news on comics, films, and television shows on this site. It was through them that I found The Librarians and Star Wars Rebels. They post trailers for upcoming movies and can be relied upon for detailed information on most of the big franchises we see everywhere today. It was through them that I learned about Sing, the animated film from the same company which gave us Despicable Me one through three.

Illumination Entertainment hit the big time with Despicable Me for most people. They followed it up with The Secret Life of Pets and Sing, as well as some other films I probably do not know about.

I have seen The Secret Life of Pets. It is long on laughs and short on story. However, Sing had a totally different effect on me. There are plenty of laughs in this film, but there is also a story to chew on here. Secret Life of Pets really was not anything to write home about, unfortunately; it was cute, but not great.

Sing was good. It is not up there with Despicable Me and its sequels, but it is above Secret Life of Pets and leagues above Disney’s Zootopia, a film that was long on amazing animation and had just a drop of story in it. That film was a flash in the pan, sadly. 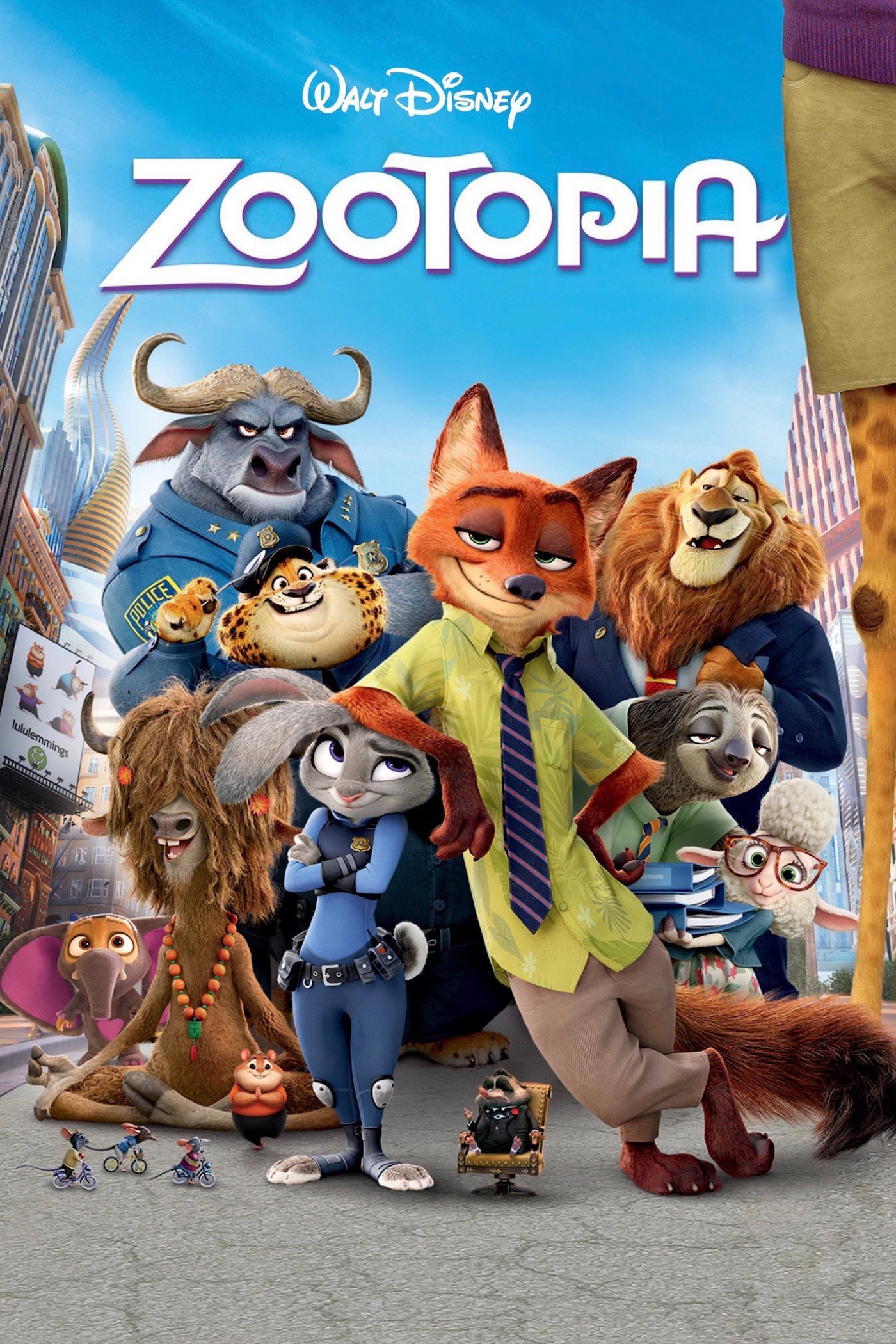 Anyway, Sing takes place in a world full of anthropomorphic, talking animals, much like Zootopia. Specifically, it takes place somewhere in California, in a city that is like a mash-up of L.A. and San Fran, according to the movie’s creators. The lead character is a koala named Buster Moon, who owns a dilapidated stage theater. Buster fell in love with the stage and the showmanship required to run it when he was six. His father worked for thirty years to earn the money for Buster to buy the theater after this.

But things have not been going so well for Buster. None of the shows he has tried to produce have been a hit with the general populace, tickets have not been selling, and the bank is calling to tell him to settle his accounts or they will take the theater.

Desperate to save his theater, Buster hits upon the idea of holding a singing competition. He barely has enough money and “goods” for a prize for the winner, but he goes ahead with this plan anyway. The one kink in the arrangement is that his secretary has an accident and the flyers advertising his competition subsequently say the grand prize is $100,000 dollars, not $1,000.

Well, this brings everybody and his brother to audition for the competition. Buster picks out a motley crew from this crowd: Johnny, the son of a thief; Rosita, a stay-at-home mom of twenty-five piglets; Gunter, a European pig who is an enthusiastic singer and dancer; Mike, a street musician with slick paws; Ash, a porcupine rock star wannabe, and Meena, an elephant with a great voice who is too shy to sing in public.

Well, by and by, Buster finds out about his secretary’s mistake. But he still moves ahead with the competition, asking a famous former star of his theater’s golden days to sponsor the concert’s prize. But things go down the drain when Mike’s attempt to cheat mobster bears backfires in his face. The theater is destroyed and Buster briefly goes into an emotional tailspin as a result.

Now I will not spoil the ending for you, readers. But one of the things that I keep running across is a description of Buster by those who have seen Sing. They keep calling him “optimistic.”

Normally, I do not take issue with this word. Optimistic, to me, generally just means looking for the silver lining in a situation you really wish you were not in. Nothing wrong with that; with very few exceptions, we can all find a little grace in undesirable circumstances. It could be in a ray of sunshine that slips across our faces at the right moment, a call from an old friend we have not heard from in a while, or good entertainment that lifts our spirits. There is nothing wrong with that at all.

No, my problem is when people use false optimism in place of the genuine theological – and therefore real – virtue of hope. This is actually Buster’s problem throughout most of the film. He is an optimistic little fella, sure. But he relies on an optimism founded on his self-belief as though it is hope. These two things are miles apart.

Optimism will give you a reason to smile when life hits you hard, and if it is founded in hope, then you are in good straits. But optimism founded on a belief in yourself and your own powers will not – cannot – keep you going. Buster is ready to quit after his theater is destroyed. His optimism, his belief in his ability to save his property, fails after the theater’s collapse. The negative press he receives after this only deepens his depression. He has no more hope after he loses what he was trying to save.

In contrast, none of Buster’s singing competitors are truly hopeful or even optimistic. They all have very good reasons not to be. Johnny’s father is a criminal who lands up in jail when his son does not show up with the getaway car in time. His dad practically disowns him after this. Rosita is a mom of twenty-five who thinks she has lost her ability to perform, if not her ability to sing, while Ash’s boyfriend dumps her and invites another girl into their shared apartment. That is one surefire way to kill optimism, I can tell you!

Mike is a con artist who wants a big score which will get him off the streets. He is in the competition, as he is in life, to win what he thinks is ultimate happiness – the perfect materialistic life. He repeatedly mocks the others, especially Rosita and Meena, who has no optimism because she believes her stage fright will make her look foolish in front of everyone. After the theater is destroyed and their dreams appear to disintegrate with it, none of the competition’s cast is optimistic. 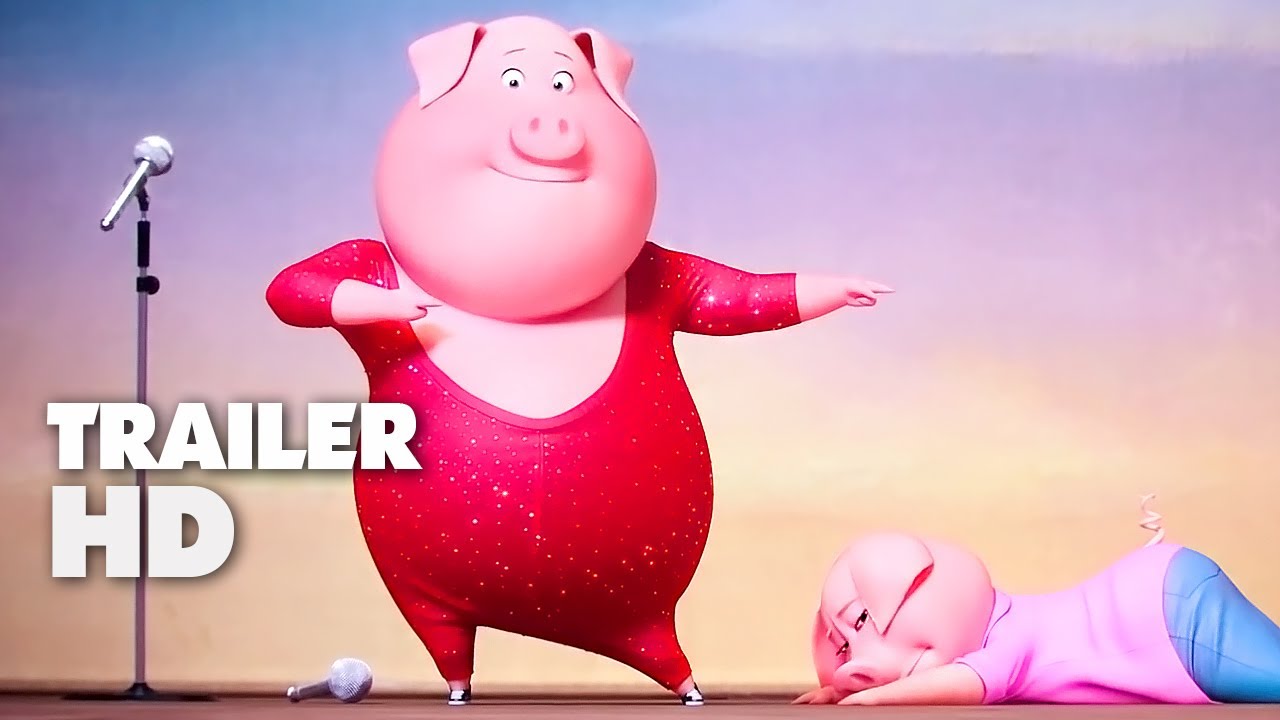 Even Gunter does not have optimism. You might think that is silly for me to say, once you see him; the guy almost never has a frown on his face. He is harder to put down than Buster.

And that, readers, is the point of the matter. Gunter does not have a misplaced optimism founded on himself and his abilities. What he has is hope. Hope is a fragile little virtue we treat like a penny. It is an easy word to bandy about but it has a meaning far deeper and richer than its four letters, just as a penny is worth more than its size would suggest. Hope is anticipation of something; the longing for some good and the trust that you will receive what you desire as long as you stay the course.

Buster goes through the movie thinking that he alone can save his theater. And when his last ditch scheme unravels, destroying his prized theater in the process, his optimism is shattered. He put his faith not in Someone else, not in his friends, not in the performers he gave hope to, but in himself. And let’s face it, readers; we disappoint ourselves more often than not. We are not all-perfect or all-powerful. Too many of us think we are, alas, but the fact is that none of us are God.

Now, this trust in his own powers does not make Buster a bad guy. The proof of this is that, although he sets up the competition and competitors in order to serve his own purposes, Buster gives most of his singers what they have lacked up to this point. He has given them hope by recognizing their talents and giving them a chance to show them off.

This is proved when his cast of performers – minus Mike – comes knocking on Buster’s door to try and encourage him to put the show on somewhere else. To Buster, the competition was meant to save his theater. It was not about his reputation or the money; he just wanted to keep that old theater alive in a world that had lost its taste for the art of the stage. For Ash, the competition meant achieving her dream of becoming a rock star. Gunter’s dream of performing live and hamming up his enjoyment of singing and dancing could finally come true on this stage. And all Meena wanted was to get over her shyness so she could finally sing without fear.

Buster did not see any of that because he was too focused on what he wanted. That was not an evil thing, just a selfish mistake he made out of pure stubbornness. It is only when he happens to overhear Meena singing where no one can see her that Buster gains perspective. Hearing Meena sing, he realizes that she really does have talent. He remembers all the other singers and realizes that they do, in fact, have talent as well. He comes to understand that they deserve a chance to perform, and that he has a duty as a showman to see to it that they get that chance.

And let me tell you, Buster delivers on this by the end of the film. Not only does he deliver, but he even gets what he wanted in the end; to be the manager of the theater his father helped him buy. By helping his friends achieve their dreams, Buster regains his theater along with his love of showmanship.

Sing is a good story for this reason. It is a story about real hope, not false optimism. It also reminds us that “wonder and magic” are important to daily life; Sing urges the audience to keep practicing the arts we love that brighten the world and give people hope. For without a sense of the “wonder and magic” of the world, we quickly come to see everything through either Buster’s or Mike’s filtered lens. We either fall for false hope masked as “optimism,” which claims we can get whatever we want through our own power, or we chase after a phantom “perfect happiness” in this world. The latter will never be found in this universe of space and time, and the former only leads to misery.   I will take hope and wonder over these two things any day of the week and twice on Sundays.

Well, readers, this is my opinion of Illumination Entertainment’s Sing. But you do not need to take my word on how good this film is. Borrow or buy it and watch it yourself. And do not forget to Sing whenever you feel like it!