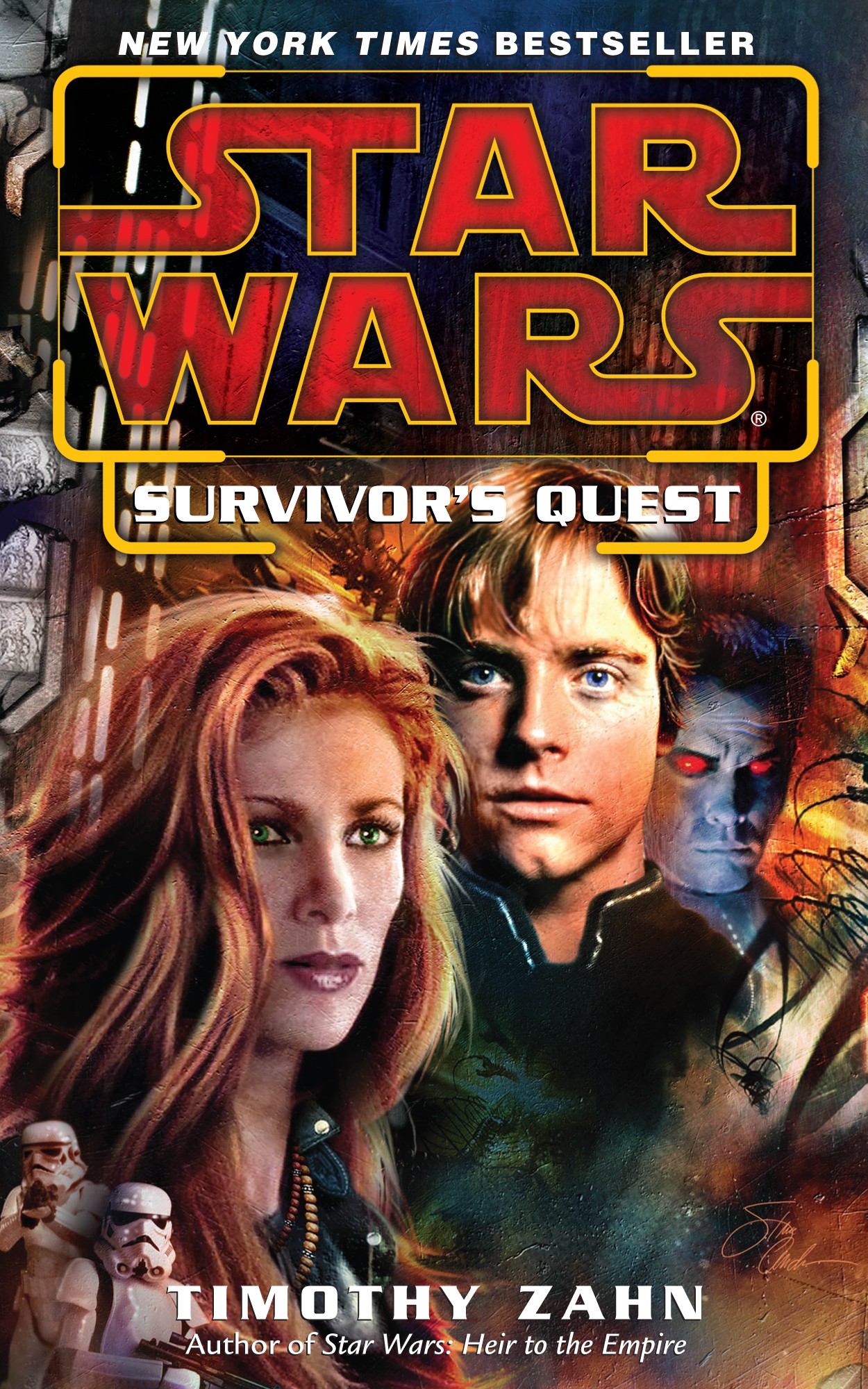 Once again we travel to a galaxy far, far away, readers! This time the destination is Star Wars: Survivor’s Quest. Strap into your X-wings and hold onto your lightsabers, because here we go!

Set three years after the Hand of Thrawn duology and three years before the Yuuzhan Vong Invasion, Surivivor’s Quest begins with Talon Karrde aboard Booster Terrik’s traveling casino, the Errant Venture. He is anxiously waiting to hear from Luke and Mara Jade Skywalker. Someone in his organization betrayed him. They stole a message meant for the Skywalkers, then rushed off into the Unknown Regions with it.

Knowing how trouble-prone the two Jedi are and what the difference a few days can mean where important messages are concerned, Talon has practically paced a rut into the Errant Venture’s command deck waiting for Luke and Mara to get his message to meet him at the casino. Booster tries to calm him down, but all he succeeds in doing it making Talon stop pacing. The smuggling chief doesn’t like letting his people or friends down, and even though Mara is now a Jedi and the wife of Luke Skywalker, she’ll always be his friend. The idea that this message’s delay could put her and her husband in jeopardy does not sit well with him.

Meanwhile, blissfully unaware of this, Mara Jade Skywalker is in a cantina on an Outer Rim world negotiating with a gang that used to work for Karrde. Having turned his organization into a neutral intelligence agency that reports to the New Republic and the Imperial Remnant, Karrde has been gradually disengaging from the smuggling world for the past three years. Mara has been helping him out, in part because she is also been working on separating herself from his organization.

It is hard to say how the previous meetings went, but this one isn’t looking like it will be smooth sailing. The leader of this gang has stocked the cantina with all of his friends, most of whom have blasters pointed at Mara’s back. Since Talon is cutting them loose, the gang leader demands Mara forward them half a million credits as a “tide-me-over” until they can connect with another, more powerful organization like Karrde’s to maintain their operations.

The demand is more than a little unreasonable, and Mara has no intention of fulfilling it. She is also not as helpless or alone as the gang thinks. Using the Force and her lightsaber to distract the group, she buys Luke enough time to make his fantastic entrance. There is a brief scuffle, but the Skywalkers end it without bloodshed. Mara promises to transfer a generous but sane amount of money to the group just as a young man rushes in to tell his boss they received a message from Karrde for Mara. 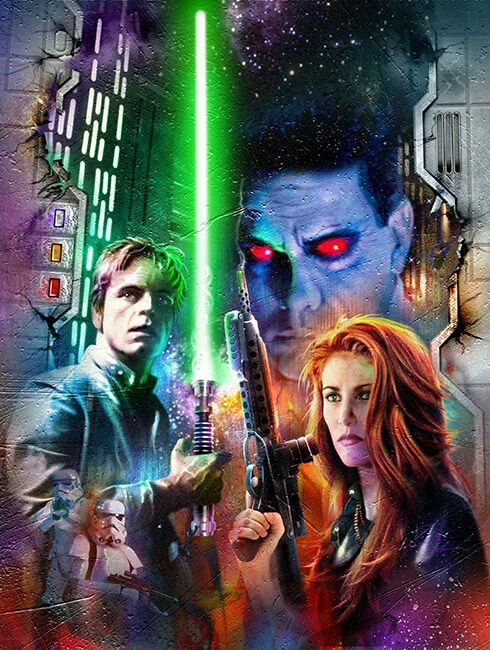 Luke takes the opportunity to scare the crooks with an apparent Jedi mind trick by reciting most of the message, which was forwarded to him from Mara’s ship. Having suitably impressed the bunch, the Skywalkers leave. Knowing Karrde wouldn’t send a message to them and throughout his network of contacts unless he really needed to talk to them, they head out to meet the Errant Venture.

Once there, they find the Venture getting a new paint job. Booster is having it painted bright red, perhaps in the hopes of making the Star Destroyer less intimidating. Contacting Karrde and Booster, they learn about the message. Turns out it was from an Admiral Voss Parck on Niraun.

Mara and Luke share a look. Last time they saw Parck was in Vision of the Future, when they blew up a hangar full of his fighters. The fact that he suddenly wants to talk to them is more than little surprising.

It also doesn’t bode well, since Parck was adamant that there were hundreds of threats the Republic wasn’t capable of facing in the Unknown Regions. If one of those threats is headed their way, they need to know about. Saying good-bye, the Skywalkers head to Niraun….

To find that they’ve been invited to see the remains of Outbound Flight. By the Chiss.

Mara is less than pleased. The whole thing is a little too neatly packaged. Provided the Chiss have found what is left of Outbound Flight, the timing of the message’s delivery was such that, even if it hadn’t been stolen, she and Luke wouldn’t have had time to tell anyone in the New Republic where they were going. Although her danger sense isn’t prickling and she’s not getting any warnings from the Force, the whole thing feels too much like a set up.

Nevertheless, she knows as well as her husband does that they have to take this mission. The why is still a mystery, but they can both sense they’re being guided by the Force into this mission to the Chiss. Getting the coordinates from Parck, they head out to meet the Chiss envoy…

…And then the fun begins.

If you want to see what Luke and Mara’s married life is like, Survivor’s Quest is a must-read. Although they haven’t had the first three years of their marriage all to themselves, by this point they are an even more exceptional team than in previous novels. They have grown together and become far stronger than they ever were apart. I wish Zahn had been allowed to write up more adventures like this for them!

As usual, since this is a Timothy Zahn novel, there are no Warnings for Younger Readers. Everything is completely above board. No sex, no gratuitous violence, and nothing remotely offensive. It is just a fun romp in a galaxy far, far away. No one could ask for better than that.

But you don’t have to take my word for it. Pick up Survivor’s Quest at your earliest opportunity, readers. You won’t regret it! 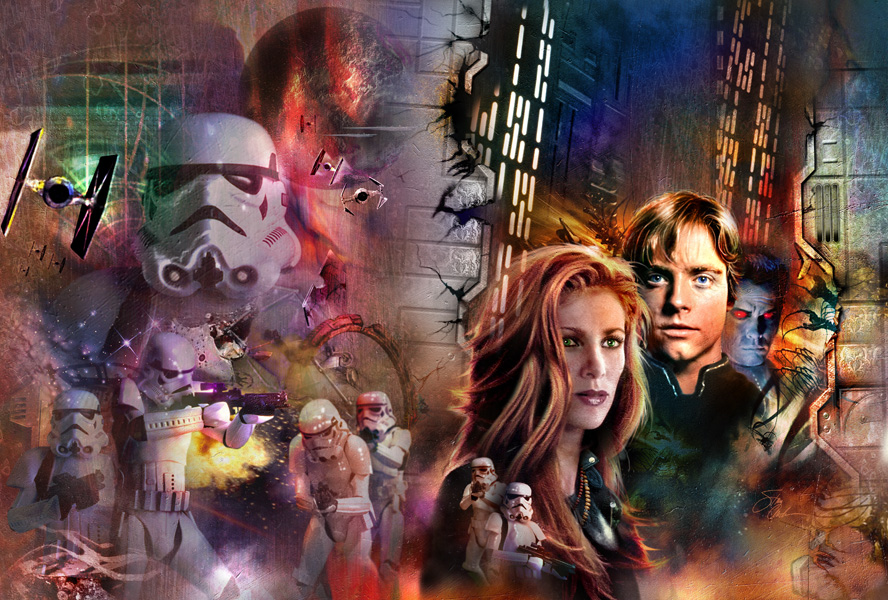