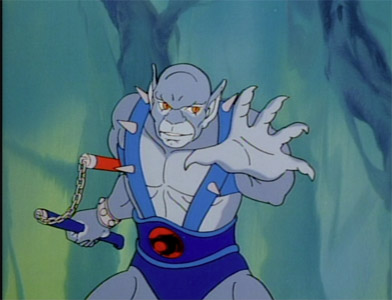 Last year I did a post on one of my favorite television series, Thundercats. A fantasy/sci-fi series for children, Thundercats revolved around a handful of humanoid cats, some of the last survivors of their race. It had magic, science fiction (sort of), and cats. For me, it was irresistable.

One of the seven Thundercats in the series was Panthro, voiced in the ‘80s by the late Earle Hyman. The strongest of the Cats, he was almost unbeatable in hand-to-hand combat. Based on the panther, he had blue skin, was bald, and had ears that immediately put me in mind of a Star Trek Vulcan.

He quickly dispelled whatever illusions I might have had about his sharing the Vulcans’ stoic refusal to show emotion, however. Panthro was one of the most cheerful characters I have ever “met.” He loved to laugh, which I found contagious when I began watching the show. He was a happy warrior; in battle he liked to taunt his enemies, a wide smile on his face. In the first episode he jumped into a formation of Jackalmen, one of whom tried to hit him in the back with a mace. 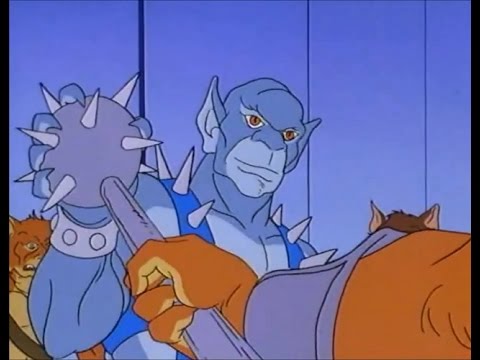 Quick as a cat, Panthro turned and caught the weapon’s head, chuckling as he did. “If you were as mean as you are ugly,” he said, “then maybe you’d be trouble!” After this, he promptly crushed the mace and started throwing punches.

The writers for the original Thundercats series stated that Panthro’s character was “based on strength.” This is why he was, physically, the strongest Thundercat in the series. But his might did not show just in his feats of physical power or fighting prowess. It showed in his hearty, barrel-chested laugh and firm commitment to his fellow Thundercats, along with his adherence to the moral Code of his home world, Thundera.

Panthro could be serious and he could be frightened. He could also be angered. But none of these emotions ever made him lose his head. He was strong enough to admit, at least to himself, that he was afraid or angry, and then focus on the task at hand. 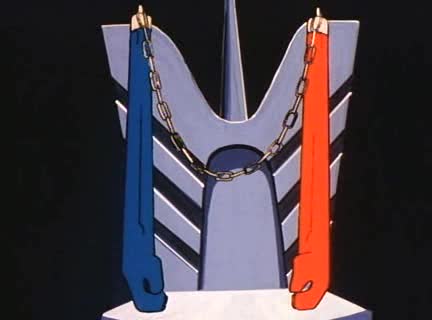 Of all the Thundercats, Panthro was probably the best fighter, not only with his bare fists but with his signature weapon. This was a nunchuk with a red and blue baton attached at each end. A technological genius, Panthro hid different tricks in both batons that he could activate in certain situations.

His spiked suspenders could also be used offensively, though Panthro did not often activate them as weapons. The spikes could be fired from the suspenders so that they would plunge into a rock wall or some other surface. This would anchor Panthro and halt any tumbles he took, preventing him from falling splat to his doom. It was possible, too, for him to fire these spikes out and have them windmill around his torso, forcing opponents to back off fast.

The weapon he loved most, though, was his Thundertank. Remember when I said Panthro was a tech genius? After the Thundercats crashed on Third Earth, he salvaged the machinery he could from their wrecked ship and put together the Thundertank. Though he later built other vehicles for the Thundercats, along with most of the machines in Cat’s Lair, the Thundertank was Panthro’s “baby.” Even Lion-O was not allowed to use it without his permission; the one time he did, he almost crashed it.

While he was not my favorite character in the series, I have to say, I loved Panthro a lot. In the 2011 series….I had a few issues with the way the writers re-presented him to modern audiences. 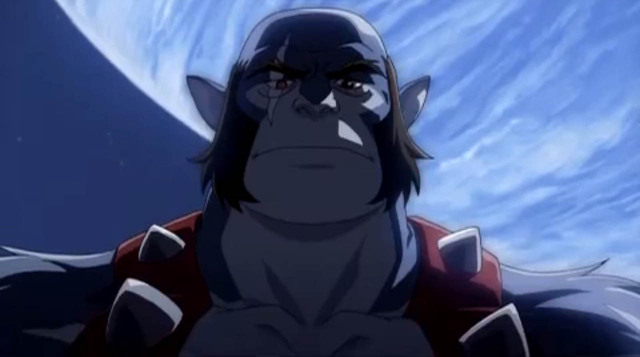 Voiced by Kevin Michael Richardson – an actor whose talent I greatly respect – the writers made the 2011 series’ Panthro a bigger, brawnier, and taller Cat than he had been previously. I think I could have accepted this change, but the fact that they also made him broody and angry upset me a great deal. Gone was the laughing warrior with the wit that cut like ice and the quicksilver smile. In his place stood a glowering sourpuss (pun intended), who was occasionally used for comic relief and made to look the fool.

By this I mean that Panthro had one crippling fear in the original series. It was never explained, but it really did not need to be. Some people are afraid of things for no conceivable reason; you ask them why this or that frightens them, and all they can say is it does.

What could scare the strongest Thundercat, you ask? Bats.

Yes, bats were Panthro’s biggest terror in the original show. He knew fear from other sources, of course, but he could and did master those fears. Bats were the one thing he could not get over. And that was okay; like I said, some people have irrational fears they cannot conquer no matter how hard they try. This one chink in Panthro’s armor did not lessen his strength. It just made him human. (Yes, I know he is technically a humanoid cat, not an actual human. It’s called poetic license. Live with it.)

For the 2011 series, the writers made Panthro afraid of heights. They also made him unable to swim. Previously, every member of the Thundercats could swim. They may not have enjoyed it all the time or to the same degree, but they all knew how to swim. Taking that away from Panthro, making him afraid of water and heights – it made him seem like a big baby who was frightened of anything he could not hit or blow up.

That was and remains a wrong choice on the part of the new show’s writers, since it directly interfered with Panthro’s role in the story. Instead of being the strongest Cat in mind and body, Panthro was reduced to being merely strong on a physical plane. The new show’s writers cut out his real heart and put a mechanism in its place, which upset me quite a bit. 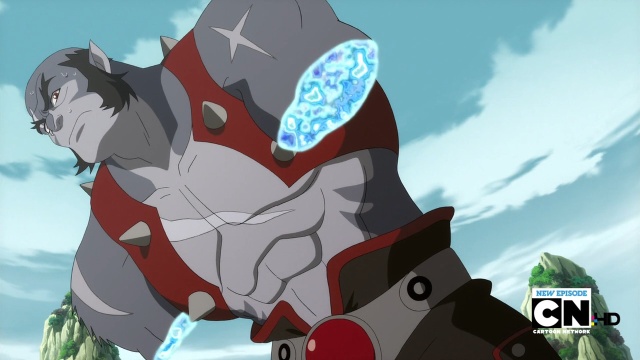 Another change I found less than pleasant was the scar they put over one of his eyes. Then the new show’s writers cut his arms off above the elbows. That was the last straw. Bad enough they disrespected his strength, to go so far as to make him a double amputee in need of mechanical arms was a bridge too far.

Laughing warriors are in short supply in current fiction, readers, as proved by the 2011 writers’ mistreatment of Panthro. Strong heroes are also going out of style. Nowadays a laughing warrior is portrayed as a bloodthirsty psychopath, while strength usually equals stupidity. Both these depictions are harmful stereotypes which must be abandoned if fiction is to continue to be a vehicle for truth.

Panthro is not the only strong, laughing warrior in literature, of course, but he was one of the best. New writers could learn a great deal about making tough, hearty heroes by studying him. And I mean studying him for love of their craft, not for love of money. We saw the results of the latter in 2011; the finished 1980s product is far superior to the one the new writers handed us.

So if you are a fiction writer, and you want to know more about Panthro, I recommend you look up the original series. The 2011 show did not do him justice; neither did the comics, in large part. And please remember that a happy warrior is not a psychopath or a maniac who likes killing, destroying, or maiming.

A happy warrior looks and acts like Panthro. So does a strong hero. We need more of both. 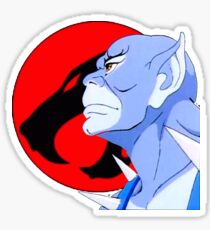 “Matty,” she said when they were alone, “I am frightened.”

“I know, mum. I feel just the same. ‘Tis a power of wickedness there is in the world, and too bad that the likes of you an’ me must suffer for it.” – The Cherokee Trail by Louis L’Amour