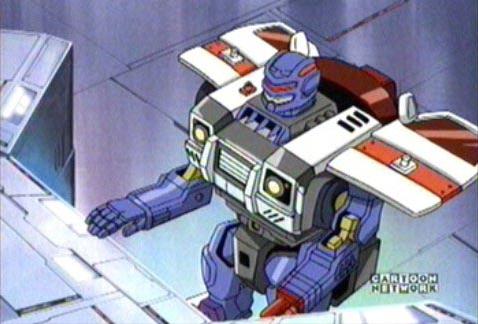 “Be still my beating heart. A secret mission with Hot Shot? Oh, I feel dizzy!”

Thus spake the Autobot medic Red Alert in Transformers: Cybertron, a Japanese spinoff based on the original 1980s TV series. Cybertron is, perhaps, my favorite Transformers series to date. It has a good plot, great characters, and it ends on a high note – something the two Japanese TF series previous to it didn’t have, for some reason. It was in one of those earlier shows, Transformers: Armada, that I first encountered Red Alert.

Until a few years ago, I didn’t realize that Red Alert was an original character. He appeared several times in the 1980s television series as a security ‘bot with only one episode dedicated to him. In that installment, Red Alert somehow ended up with some wires crossed, making him ten times more paranoid and erratic than he usually was. Only Inferno’s constant efforts to help his best friend calm down brought the rampaging Autobot to his senses. Also, for some bizarre reason, the 1980s or “Generation 1” Red Alert turns into a Lamborghini, complete with police lights and sirens. 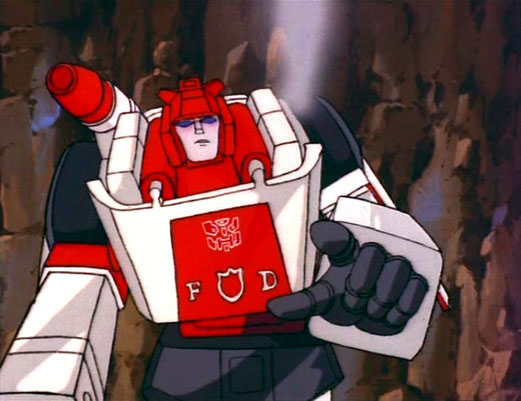 No, I don’t really understand that, either. And since I saw so little of him there, the original Red Alert is not the topic of today’s Spotlight! post. Beyond what has been stated above, this blogger knows next to nothing about him and so cannot comment on him accurately.

The versions of Red Alert which she can speak about with some authority would be the Armada and Cybertron adaptations. In both of these English dubbed Japanese series, Red Alert turns into an ambulance. He acts as the Autobots’ medic in each storyline while doubling as the team scientist, techno-whiz, and mechanic in Armada. His position in Cybertron is roughly the same, though later on he becomes a commando hauling some heavy ballistics for the team, too.

During Armada, Red Alert was the direct opposite of Hot Shot. Where the younger Autobot was impulsive, cocky, and leapt before he looked, Red Alert was calm, collected, and hard to rattle. He tended to speak in a scientifically precise manner, which reminded me instantly of Spock from Star Trek. (I don’t know why so many characters who had stoic demeanors or pointed ears automatically made this writer think of Spock in her youth. I admired him, sure, but I didn’t think I liked him that much!) 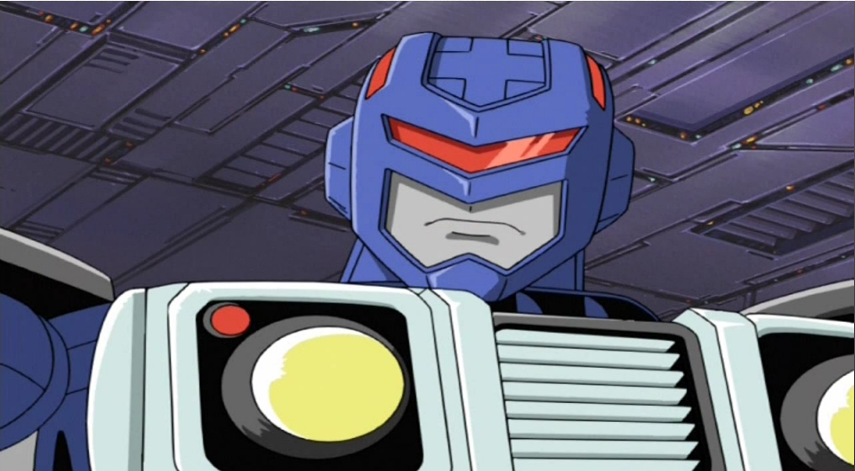 More often than not, this version of Red Alert had to haul Hot Shot out of some form of trouble that the younger ‘bot had landed in of his own accord. In Armada, Red Alert’s penchant for thinking things through and acting only after forming a plan would get on Hot Shot’s nerves. They did not get along too well in the early installments of the series but eventually came to an understanding, after which this rivalry disappeared.

By now it’s been so long since Armada aired that this blogger has forgotten most of what Red Alert did in that series. My overall impression of him was one of reliability and steadiness. He may not have been prone to emotional exuberance, as Hot Shot was, but he was no less memorable for that.

That’s why I was very disappointed when he didn’t show up in Armada’s sequel series, Energon. Made in Japan as a direct continuation of the story in Armada, it had an English dub for the American market as well. Hot Shot got to appear regularly in Energon, but Red Alert was nowhere to be seen. Along with the many other problems that series had, this annoyed yours truly a great deal.

Cybertron, thankfully, made up for Red’s disappearance. Although this version of the character was grumpier and more expressive than his Armada counterpart, it was nice to have him back. Oddly enough, it was the British accent he had in this series which threw yours truly for a real loop at first! XD

Red Alert’s general deportment in this series also made him more relatable and fun than his depiction in Armada. Partnered with Hot Shot once again here, Red Alert continued in his role as handler for the more impetuous ‘bot. I’m not sure, but I think they were roughly the same age in this series, which was not the case in their previous appearances. 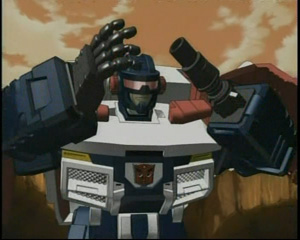 This allowed for plenty of character development for both Autobots. As Hot Shot matured and became more of a leader, Red Alert had the time to relax. Originally a stickler for the rules who could not abide his friend’s tendency to think with his spark rather than his head, Red came across as a bit of a control freak. He acted a lot like an older brother trying desperately to manage his younger brother in the same manner that their dad did. This meant that his hotheaded compatriot loved to needle him, too. 😀

As Hot Shot’s impetuous nature was curbed by experience and responsibility, Red Alert found he had less reason to maintain this uptight attitude. He even came to admire his “younger brother” after they and another Autobot named Scattershot sustained mortal wounds in combat with Megatron. Along with encouragement from the ‘bots human friends, Hot Shot’s determination to survive and overcome his injuries inspired Red Alert and Scattershot to do the same.

Choosing powerful military vehicles as their new alternate or vehicle modes also gave Red Alert a confidence boost. The upgrade in vehicle form came with an enormous, shoulder-mounted cannon that could pack a real punch. Buoyed by his new strength and power, Red’s bedside manner improved exponentially, along with his combat capabilities. His attitude in a fight was also more gung-ho than it had been prior to this change.

Though Red Alert was never my favorite Autobot, I did respect and enjoy his character. In both Armada and Cybertron he made the show feel more down-to-earth and realistic – or at least as realistic as any sci-fi show about giant, living robots can be. If the current writers at Hasbro took some pointers for his characterization from these two Japanese series, then he would be a worthy addition to future Autobot rosters.

It’s not likely, I know; that’s why I said “if.” That is also why I recommend watching Transformers: Cybertron or the original Transformers series if you are interested in “meeting” Red Alert. Armada starts out fine but ends on a depressing/weird note, so I do not enjoy dwelling on it. Or suggesting that it be viewed, even for what can be learned from it.

Well, readers, it is time for me to rev up and roll out. The next Spotlight! post you will see is one that I promised to tackle last year. It should purr-fectly interesting to more than a few of you.

Yes, that was a veiled hint. You know me too well, readers! 😉 ‘Til next time: 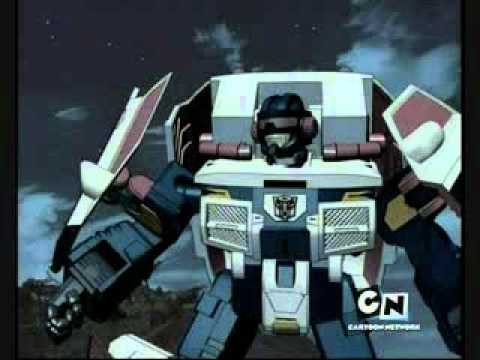