Here are some more great television themes for you to enjoy, readers! It’s been a while since I saw several of them, but one thing is for sure: they are all worthy forms of entertainment for the discerning audience. That is a guarantee!

The Life and Legend of Wyatt Earp

Have Gun, Will Travel

I am not Big Green’s biggest fan. I like him, but he has never been my favorite superhero. Most everyone who likes the Hulk recognizes the words I have used to open this post. Hulk is best known for his smashing, after all.

For some time now a friend and I have been catching reruns of Bill Bixby and Lou Ferrigno’s The Incredible Hulk television series. While I have read about the series before, I have never seen it. My friend had even less exposure to the series than I did – until recently, of course.

After watching a few of these episodes, my friend commented that the stories within each show were good, and I agreed. Though the special effects are hardly that special today, that was not what my friend and I meant when we concurred that the series was good.

What we meant was that the stories themselves were good. Usually, The Incredible Hulk could be counted on to turn out a good story. There have been a few episodes that I would say fell flat, but that has more to do with the story itself than with the actors or the special effects. On the whole, however, The Incredible Hulk was reliable entertainment for its time and, I daresay, for ours.

This conversation with my friend led me to mention what I had always found likable about the Hulk while I was growing up. It was never his size, strength, or unparalleled ability to “smash” that made me an appreciator of the Hulk. I liked the Hulk because, despite his rage and general tendency to break stuff, he was still a gentle giant to the innocent and/or the helpless.

This is something that later stories in the comics have largely abandoned. In the original comics, The Incredible Hulk television series, and the 1990’s Hulk cartoon, Big Green would never hurt an innocent person. Not on purpose, at least. Someone may have been standing in the wrong place at the wrong time when the Hulk got into a fight and was therefore hurt, but Big Green never deliberately injured someone who was not a threat to him or who was a good person.

For instance, the Hulk always had a soft spot for kids in the shows I saw and in The Incredible Hulk. I can remember a cartoon episode or two where Bruce Banner befriended a young child, only for the Hulk to later manifest himself in order to protect said child. Hulk would also avoid hurting someone who had befriended Banner or who had demonstrated that they were a nice, good, and kind person. 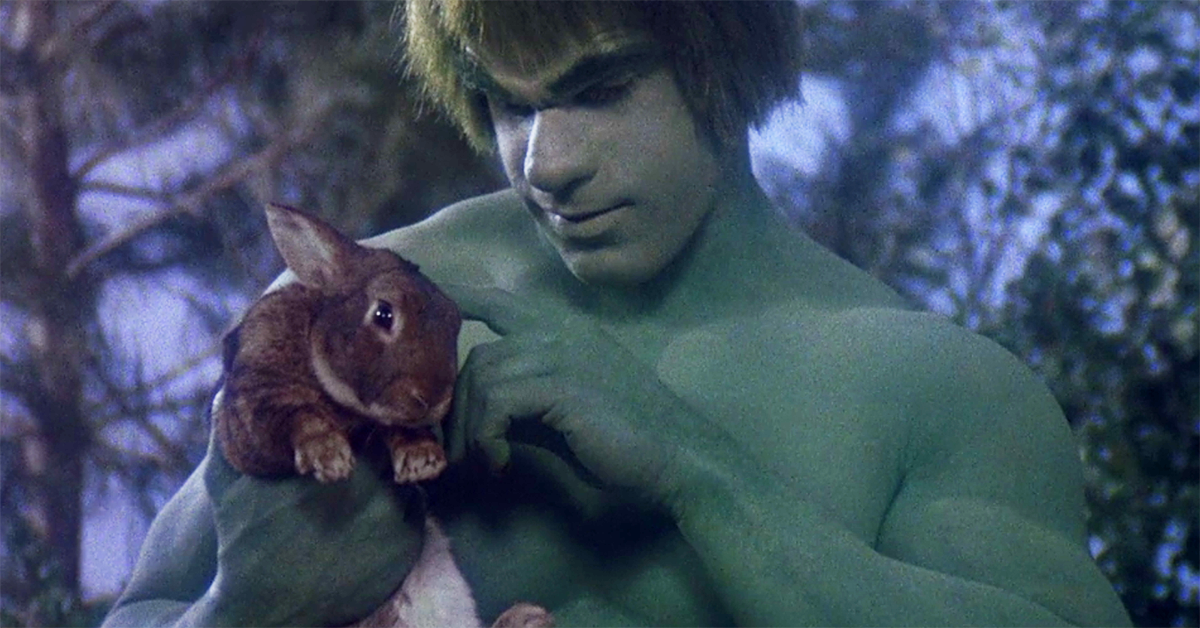 And in the Bixby/Ferrigno series the Hulk had a knack, as he did in the comics and cartoons, for ending up in the right place at the right time to help people in bad situations. Cursed with a power and alternate personality he did not want, forced to wander the world as an outcast, Banner would lament that he could not have a “normal” life. I sympathized – and still do – with that, but I also think his focus on the negative meant that he did not often see what a great gift he had also been given.

Originally weak and unable to help others, the emergence of the Hulk gave Banner the ability to play the knight errant. No, he could never have a so-called “normal” life, and that could be annoying and sad. But how many people would have been harmed or might even have died if Bruce Banner did not have the Hulk residing within him?

This is a plot and character device which the comic book writers have gravitated away from since the House of M storyline. Those earlier stories hinted at a provident Will behind the Hulk’s appearance and his subsequent, well-placed position in the lives of others where he invariably helped make those he encountered safer, happier people.

As a young viewer I sensed this about the Hulk. Misunderstood by Thunderbolt Ross, the general public, and even Banner, the Hulk was nevertheless a force for good in the world and not a monster of destruction, as he has often been described. Yes, he broke a lot of stuff more often than not. But he never did it just for the heck of it; he did it to protect others or stop the bad guys. I can accept destruction when its main aim is to protect good people and stop bad people. Buildings can be replaced and the land is always shifting. Individual humans are utterly irreplaceable.

Though the comic book writers have fallen away from this understanding of the Hulk, the cartoon and film writers seem to have begun to re-explore this side of the character. Oddly enough it was Joss Whedon, the proclaimed atheist, who led the charge for this change. This is made plainest in The Avengers, where the famous director/writer has Tony Stark point out that the Hulk may have saved Banner’s life in the Gamma explosion for a purpose. 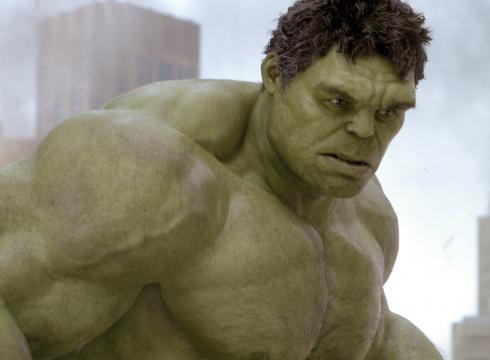 Marvel’s writers have subsequently shifted their portrayal of the Hulk in the cartoons to show him as a thinking and usually coherent character, instead of a rage monster with the vocabulary and intellect of a four year old child having a righteous temper tantrum. This is a nice change but it takes away, for me, a little of the gentle prodding we had in earlier stories about the Hulk. The idea that Providence intervened to save Banner’s life and granted him the power to back up his will to help others is what made me fond of the Hulk. I think this is one of the reasons why I drifted away from the character as I grew up – my own inclination toward precision in place of wholesale attack notwithstanding.

This providential element in stories about Big Green is the reason why I enjoy watching the reruns of The Incredible Hulk on El Rey when I can. These stories, as Bill Bixby said, were made for adults but “children can watch them, too.” He was reportedly very upset when the show was described as mere children’s entertainment.

I have to agree with him on that. The Incredible Hulk and other, older Marvel fare was made for adults and children alike. Both could read it and learn lessons about life from the stories the company told. This is one of many things that Marvel lost after House of M, sadly, and one of the things I wish they would work to rediscover. They will tell better stories if they are only ready to relearn what will make a great story.

If you can, readers, try to catch a few episodes of The Incredible Hulk on El Rey. They are “retro” and dated, and this is not a television series which modern special effects fans will take very seriously. But if you like a good story, The Incredible Hulk can be counted on to deliver nine times out of ten. That is all any of us can and should ask of a storyteller; a good story, well-told, and appreciable to a wide audience.

Have fun smashing with the Incredible Hulk, readers!