Here we are on Zi again, readers! Today’s subject is a zoid that makes up almost ninety percent of the Guylos Empire’s air force. This zoid is the Redler.

Based on the Japanese dragon, the Redler usually seats one pilot beneath the orange or green canopy in its head. But it can be modified as a two-seater and – in a pinch – three big guys can squeeze into the cockpit behind the pilot’s seat. I know because I saw three of Viola’s male friends cram themselves in to her Redler’s cockpit while she flew it. And yeah, it looked about as comfortable as it sounds.

The Redler is dragon-type, as I stated. This is its official designation, as well as my understanding of the zoid from its appearance. Like the organoids in Chaotic Century, the Redler only has three toes on each foot or talon. Japanese dragons only have three claws on each foot; Chinese dragons have five digits and Korean dragons have four. Japanese lore holds that dragons from Japan grow extra claws when they leave the land of the rising sun. Chinese and Korean lore hold the opposite; they say their dragons lose claws when they go to Japan.

Anyway, the Redler is definitely based on the Japanese dragon. It is a lightweight zoid that usually comes equipped with bombs and missiles under is translucent wings, which extend for flight and can fold closed when the zoid lands. Some Redlers also come equipped with mini-machine guns under their “noses.”

The Redler’s only built-in weapon is its tail sword. This sword lifts up from the tail, where it fits into a hidden slot. The blade is sharp enough to do damage to Shield Liger armor. Diving at a land zoid from above and with momentum from its flight behind it, the Redler can also knock such a zoid to the ground. Along with the damage inflicted by the blade, this is usually bad news for the pilot of the ground zoid.

Most Redlers have Imperial purple armor. But the Redlers belonging to the Empire’s elite Eisenback unit are black and faster than normal Redlers. And in The Emperor’s Holiday, Rudolph is shown to have an escort of black Redlers with modified heads. These rounded heads give the Redlers a more dragon like appearance and make them look more like Redlers used for bodyguards of the Emperor, I believe. There is no given explanation in the series for why they appear different from normal Redlers, so this is conjecture on my part.

Viola’s Redler was the only one with a personalized color scheme, just like Moonbay’s Gustav was the only one that would stand out in a parking lot full of Gustavs. Why Viola’s Redler had orange and red armor is not stated; it could be that she acquired the Redler with this paint job, or she had the color changed to suit her outlaw lifestyle. Either way, hers was the most recognizable of the Redlers seen in Chaotic Century.

Some Eisenback and Imperial Redlers came with mini-machine guns placed on the sides of their heads instead of under them. These were no more powerful than the other kind. A few others came equipped with two large, long-barreled guns on their backs. These packed more of a punch than the mini-machine guns, but they were also fixed in place. Since the Redler’s fuselage is not articulated, it cannot bend very much. This would mean that the zoid would have to swing around and hold position to fire these large cannons, and that means the Redler might not be able to avoid enemy fire or an airborne opponent’s attack. A cannon of the same type with a single barrel was also available for Redler pilots and would be a drawback in combat for the same reason.

In fact, as a general rule, Redlers were the cannon fodder of aerial combat in Zoids: Chaotic Century. Van and his friends went through them like Luke Skywalker and the gang would go through Stormtroopers. While more impressive than the Republic’s Pteras Striker, the Redler was no match for a good pilot on the ground and it definitely could not compete with a Storm Sworder (but then, very few zoids can).

As you can tell, readers, the Redler did not make much of an impression on me. It is too slow for my tastes and not durable enough to take a beating in combat. Neither is the Storm Sworder, of course, but what it lacks in armor it makes up for in sheer speed. The Redler is a good zoid but it is just not my cup of tea.

However, that does not mean it cannot be your cup of tea. Until next time, readers, I will “see you on the dance floor – oops, I mean battlefield!”

Following this blog the way you have, readers, you may have noticed this writer is a HUGE fan of the Japanese anime Zoids: Chaotic Century.  This post is a full-blown gallery of pictures I have assembled and am now showing off.  To get you in the mood, the intro theme for Zoids: Chaotic Century is at the top of the post.  I hope you enjoy the photos as much as I do, readers. 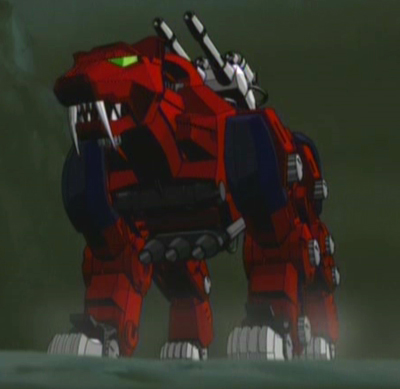 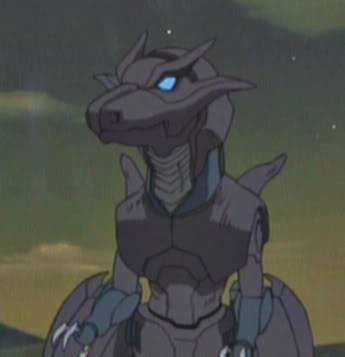 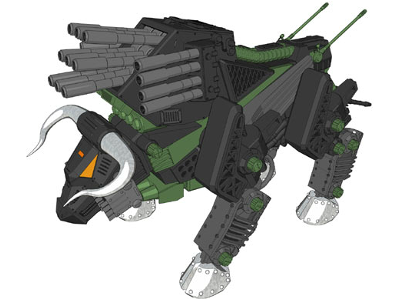 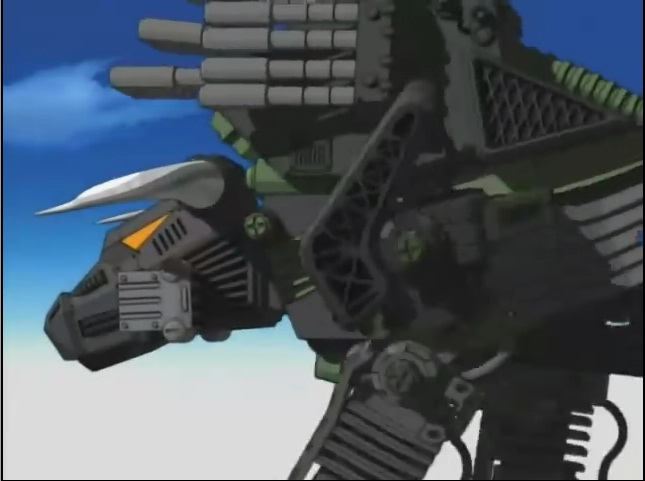 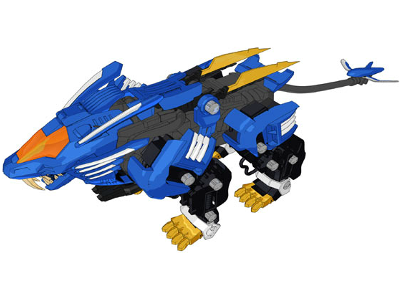 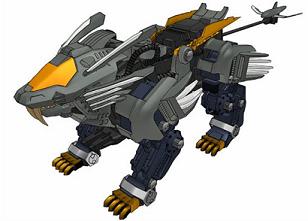 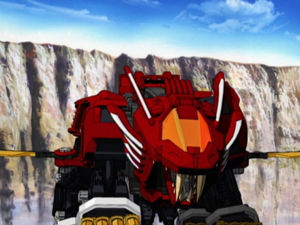 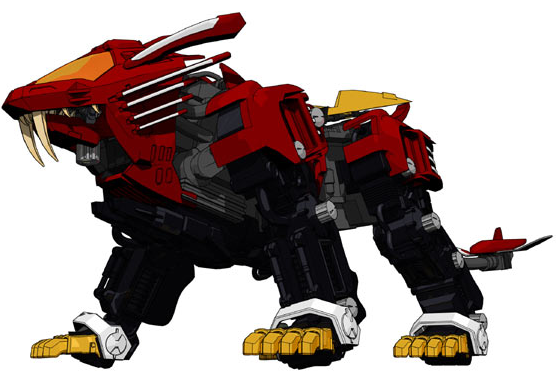 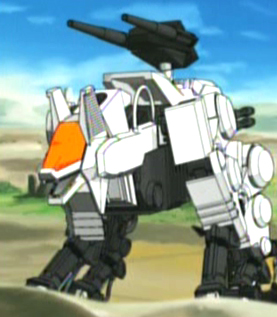 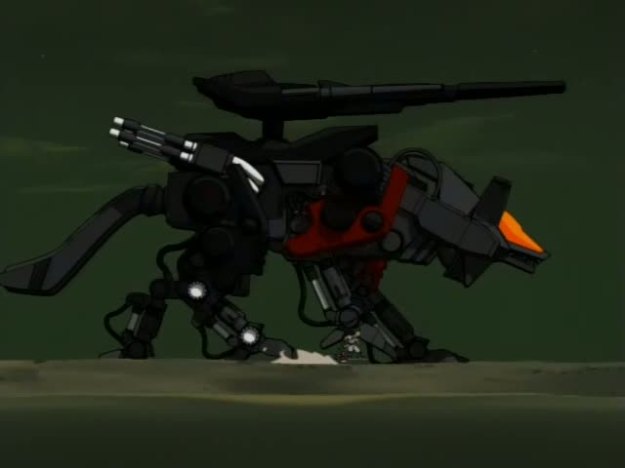 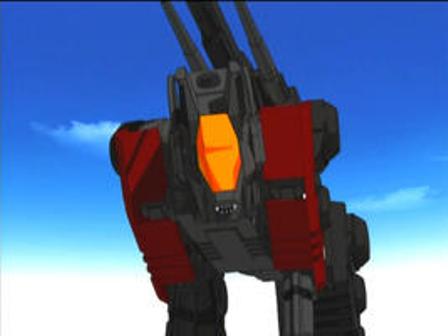 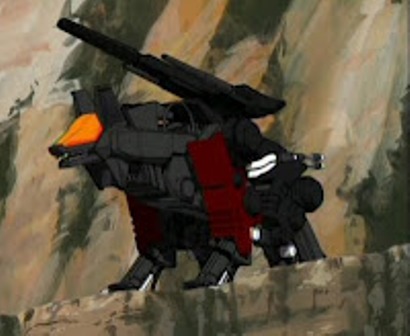 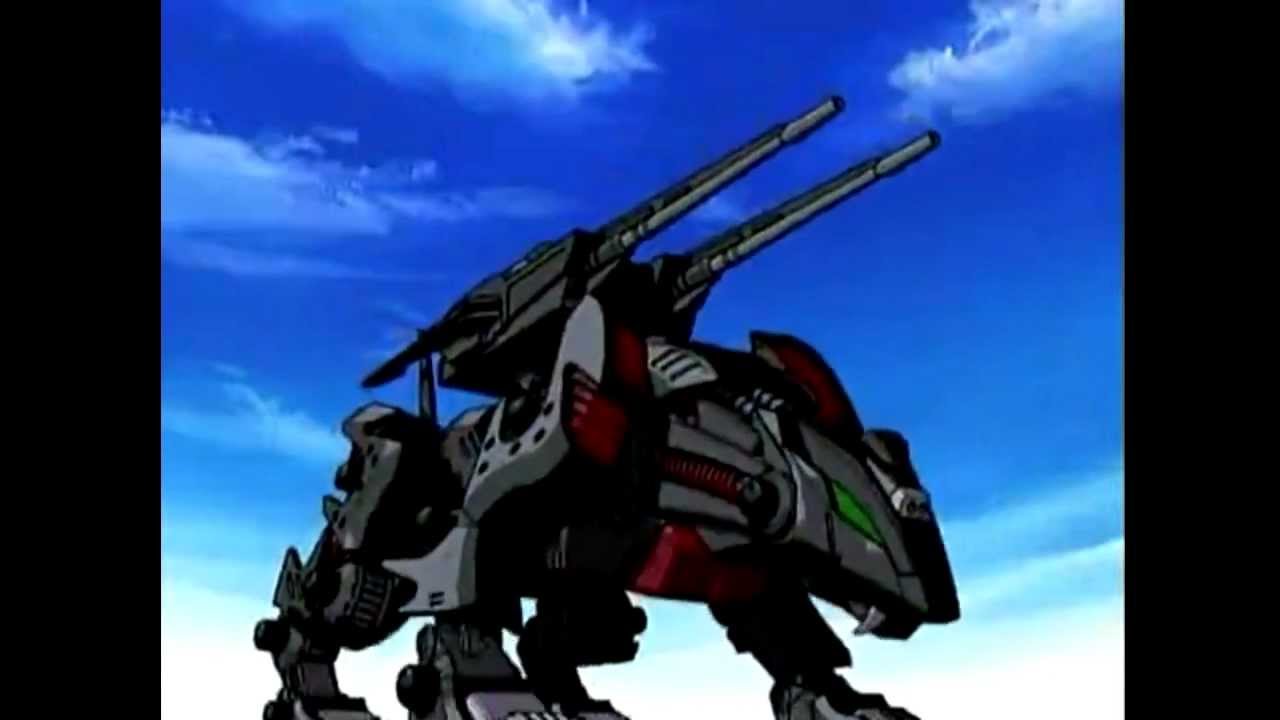 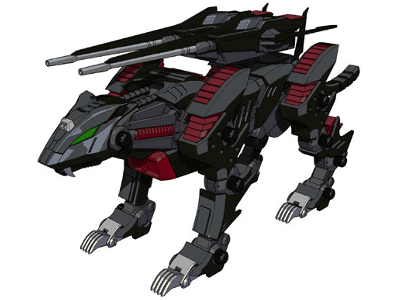 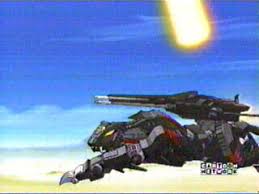 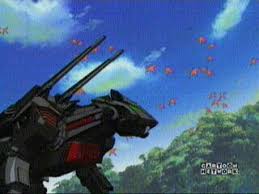 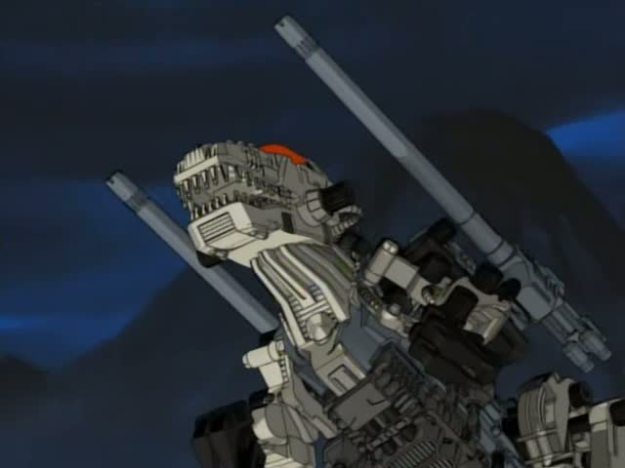 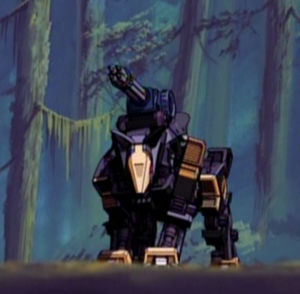 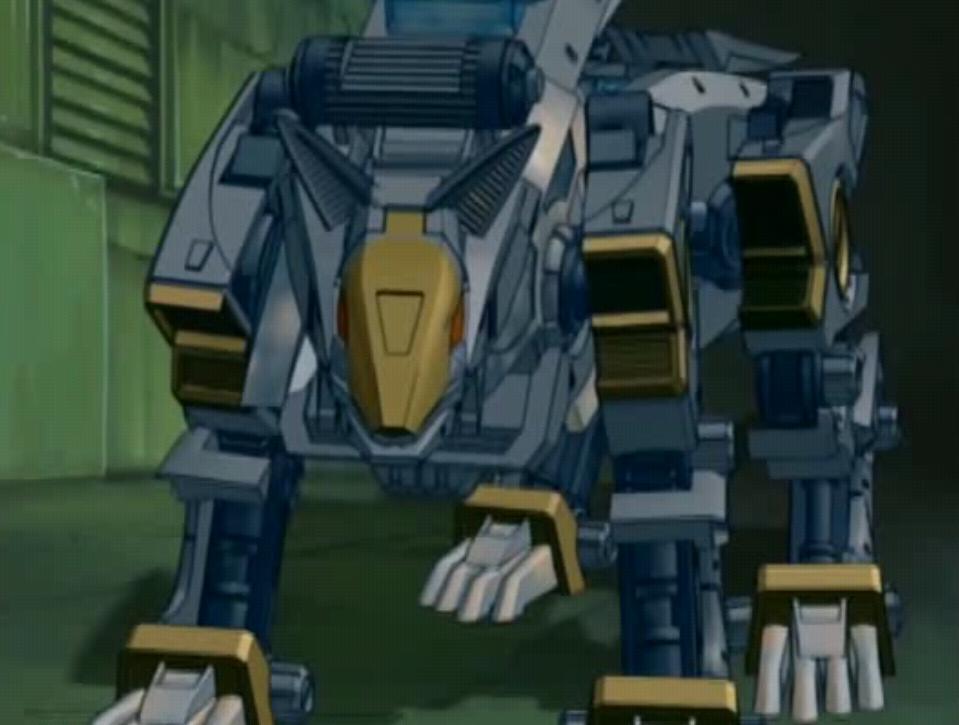 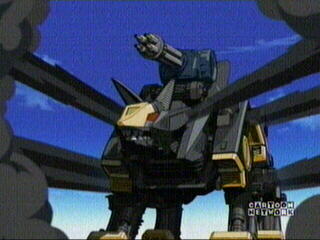 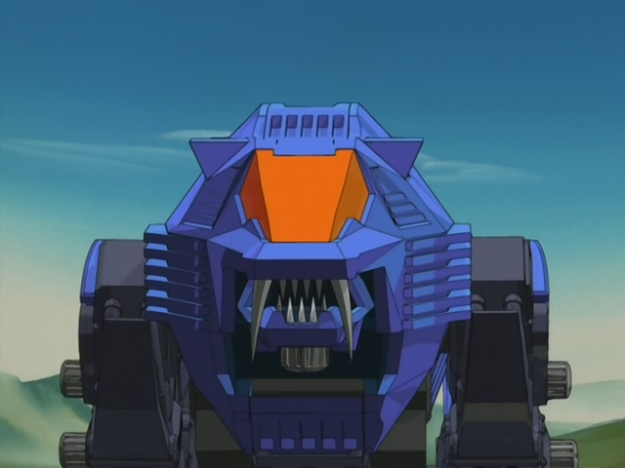 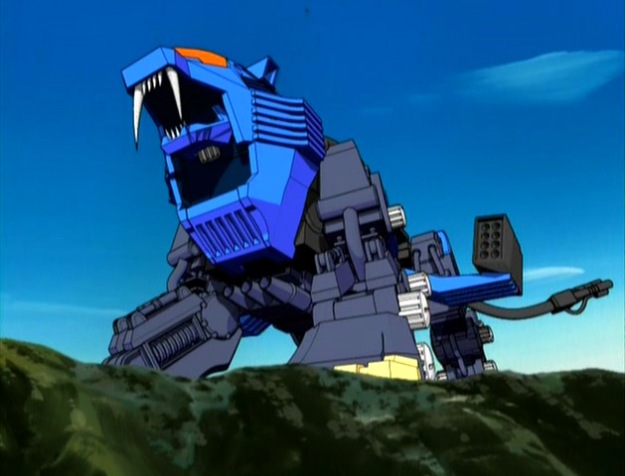 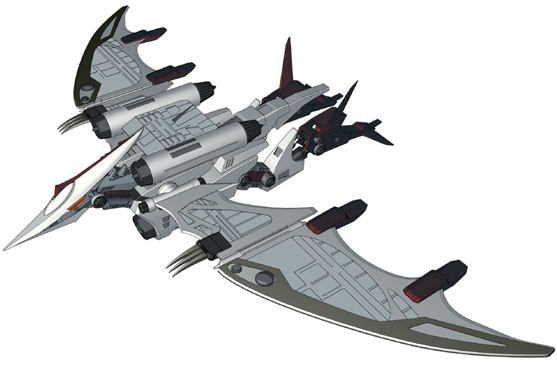 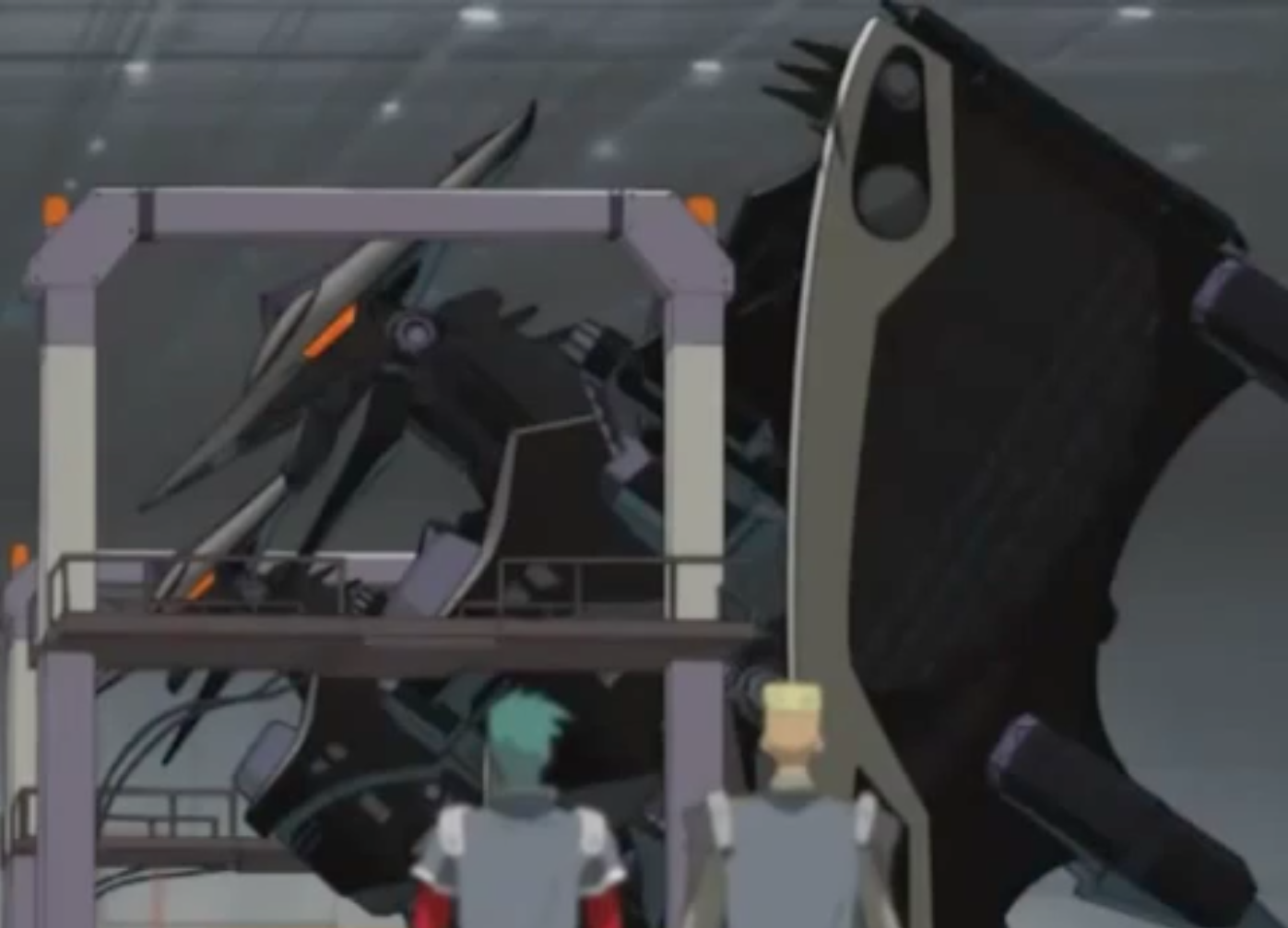 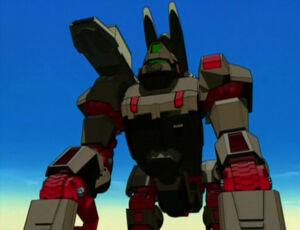 I have never seen a swan in flight, readers. I have seen swans, but I have never watched them fly. I have no idea if they are poetry in motion while in flight; they are beautiful “baubles” on a lake. I only know that the ones I have seen are gorgeous creatures, and I wish I could see some again.

Why do I bring up swans? Check out the video below before you read on:

These magnificent zoids are Storm Sworders. The fastest aerial zoids on Zi, the Storm Sworders were developed by the Helic Republic during the last days of their war with the Guylos Empire. Lightweight and able to reach Mach 3.2, Storm Sworders are the equivalent of American fighter jets. They are poetry in motion during flight – and during combat.

Storm Sworders come in two varieties: the white, “older” model Storm Sworder was the first type built. Lightly armored so that it can reach Mach 3.2 and keep together at that speed, these Storm Sworders are nimble Pteranadon-type fighters. They are single-pilot zoids with a back seat, making Storm Sworders capable of carrying two people. In a pinch, four rather small people can fit in the cockpit, which is behind the Sworder’s orange eyes.

Storm Sworders come equipped with missiles attached to their wings. These can be fired off like jet fighter missiles to strike down enemies ahead of or around them. Faster than anything else that flies, the Storm Sworder can outmaneuver every other aerial zoid in seconds. They can twist and turn, tumble and rise far faster than any other air zoid.

For close combat, Storm Sworders have a pair of blades or “swords” in their wings. (You didn’t think they were called “Storm Sworders” just because it was a cool name, did you?) Extended and charged with energy, these swords will cut through other zoids like a knife through butter. Most other air zoids have no prayer of avoiding a Sworder’s blades; they are simply too slow to dodge them.

Storm Sworders are also equipped with mini-machine guns behind the claws on their wings. The claws flip down to lie flat against the wing, the gun barrels pop out, and budda-budda-BOOM! ‘Nother enemy down! In addition to these weapons, Storm Sworders have something called “sword missiles.” These are long, thin blades which can be fired from the forehead area of the Sworder, as well as from the “wrists” of the zoid’s wings. Most pilots do not use these missiles in battle.

The zoids also have a blade, or sword, hidden in the “crest” on their foreheads. This flips up and is charged with energy to cut through an enemy the same way as the “wing swords.” All this makes the Storm Sworder one giant rapier, which can be piloted through the sky – to deadly effect!

The second variation of the Storm Sworder is the Triple S. Short for Storm Sworder Stealth-type, the Triple S is painted black and has the ability to remain undetected by radar. Otherwise, it is the same as the white, “older” Storm Sworders – just more sneaky. Of course, a Triple S that is “painted” by the enemy so radar can pick it up is in big trouble. But if you are not prepared for a Triple S to show up, you will not have the chance to “paint” it to see it on your radar.

A pilot for the Storm Sworder has to learn to manage the intense speed at which the zoid travels. Mach 3.2 is fast, readers! It is “tough on the body,” and a pilot incapable of taking the stress is not going to last beyond his first flight. This is also true for the zoid’s agility and nimbleness. Though such maneuvers cannot be executed at Mach 3.2, the zoids will still be carrying momentum from traveling at that speed when they get into a dogfight. The pilot has to be able to withstand the force of travelling at Mach 3.2 and be able to handle the zoid when it drops down to its lower speeds. Otherwise, the pilot’s a deader.

Rosso’s great skill with his Storm Sworder seems to come from his special attunement to the zoid. He lectured one pilot – twice – about the need to “guide your zoid with your spirit, pal! With your spirit!”

Almost every main character in Chaotic Century has a special bond with their zoid, the way Western cowboys bond with their specific or favorite horses. Rosso is one of the characters whose bond with his “mechanical combat unit” is the most noticeable and poignant. Rosso is tall, muscular, and would give Robin Hood’s friend Little John a run for his money. Yet he pilots the swan-like Storm Sworder flawlessly, as a samurai would wield a katana.

I wish I could take piloting lessons from this guy, readers. I really do!

The Storm Sworder is the pièce de résistance of aerial combat zoids. This is definitely a zoid I wish I had, for the simple fact that I would love to fly that high and that fast!

May the wind be at your backs, readers!