Here’s Spotlight! Once again, readers, I take you back to a planet “in the far reaches of the Milky Way.” That planet is Zi. The focus of this post is one of the living “mechanical combat units” that dwells there – The Blade Liger!

There is only one zoids series that truly gives the Blade Liger the attention it deserves, Zoids: Chaotic Century. The other zoids series – Zoids: New Century Zero, Zoids: Fuzors, and Zoids: Genesis – barely give the Blade Liger the time of day. This is because the heroes of these other zoids television shows pilot newer, more powerful Ligers. I think that that is somewhat unfortunate; though I love the Shield Liger, I also love the Blade Liger, and I hate to see it get so little attention in these later stories.

This leads us back to the topic of today’s post. What is a Blade Liger? A Blade Liger is the next step in the evolution of the Shield Liger. When a particular zoid and its pilot work together for a long time, they tend to develop a bond, kind of like a cowboy and his horse. Also, pilots whose skill grows with each battle get stronger and more powerful. The zoid typically keeps up with the pilot’s skill level – until it cannot go any farther.

For some pilots, this means they have to get another zoid. Their old partner just cannot keep up with them anymore, and if they want to keep fighting and increasing their skill, potential, and fighting prowess, they need to stay alive. Piloting a zoid that cannot keep up with you is a good way to get yourself killed.

However, in some cases, zoids can evolve to meet their pilot’s new skills. Usually, this is best achieved by an outside force, typically an Organoid. (I will be discussing these in the next Spotlight! post, so stay tuned!) The Organoid enhances a zoid’s and its pilot’s power. This helps both zoid and pilot to grow and achieve their “full potential.” A zoid could, conceivably, evolve on its own. But that would take time or special circumstances. Organoids speed up the process so that it takes a minimum of a few days, or a maximum of a month (give or take). 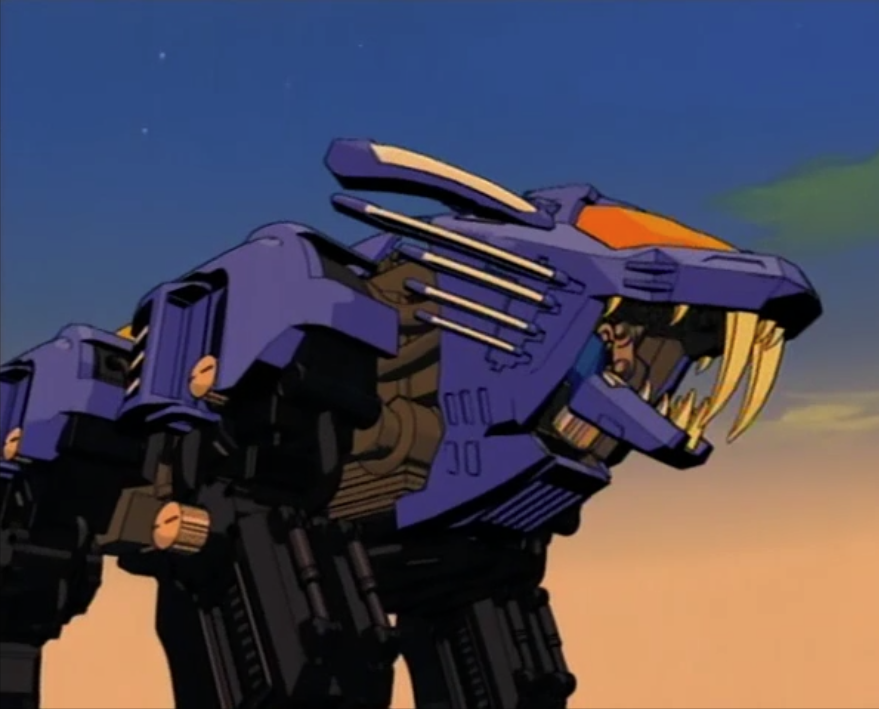 The second feature the Blade Liger shares with the Shield Liger is that it has a cannon between its forelegs, on its chest. But this cannon has two barrels and it fires rounds with a higher yield than the Shield Liger’s triple barrel cannon.

Now, you may be wondering, “Why is this zoid called a Blade Liger?” Before I answer that question, take a look at the video below:

Pretty cool, huh? Those gold blades are what give the Liger its distinctive name and trademark attack. While the Blade Liger is at rest or otherwise engaged, the blades fold up on its back. When the Liger’s pilot tires of playing games, he can end the battle swiftly by firing up the boosters and lowering the blades, which are then charged with energy. Coming against an opposing zoid at its maximum speed, a Blade Liger can literally slice an enemy zoid in two. (There was one episode in Chaotic Century where a pair of raptor-type zoids lost everything above their waistline to a Blade Liger, yet their legs kept on running!)

The Blade Liger’s speed is spectacularly high. It can outrun most land and air zoids. With a very few modifications, it can also keep pace with the two or three of the fastest zoids known to Zi. And the blades, when lowered and pointed forward, can be used to strengthen the Blade Liger’s energy shield. The energy used to charge the blades, combined with the power of an active shield, meshes both energies together. This strengthens the shield and, apparently, the blades as well.

Also, laser rifles can be attached to the backs of the blades. Raised and aimed over the Liger’s head, or “fired from the hip” when the blades are folded forward against the Liger’s sides, the lasers on these blades can be accurately fired at an opposing zoid. On a lightly armored zoid, these laser shots are dangerous and will cause serious damage. Zoids with heavier armor can shrug off the shots, but they better hope the Liger does not keep shooting at the exact same spot. The laser shots are very effective in any battle; they simply take more time to cut through thicker armor than through the “skin” of lighter zoids.

Finally, there are the Blade Liger’s teeth and claws. Those teeth are as deadly as they look, and the claws can at the least scratch the armor on the heavier combat zoids. Lighter armored zoids do not stand a chance against a Blade Liger’s claws.

The Blade Liger has two seats in its cockpit, just like the Shield Liger. The forward seat is for the pilot, the rear seat is for his co-pilot or “RIO” – Radar Intercept Officer. Though the Blade Liger of Chaotic Century is blue, it has been shown in a variety of other colors in subsequent series. New Century Zero featured a red Blade Liger, Zoids: Fuzors showed silver/gray Blade Ligers, and Zoids: Genesis at least mentioned a black Blade Liger. The toys come in several other colors – including white trimmed with pink! (Blah!)

All in all, the Blade Liger is a beautiful zoid. Specially adapted for close-combat fighting, with blinding speed and agility, the Blade Liger is one of the best zoids around. Anyone can pilot a Blade Liger. But it takes a champion to bring out the zoid’s full potential. And in Chaotic Century, that is just what we get! 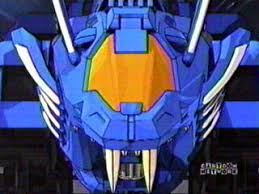