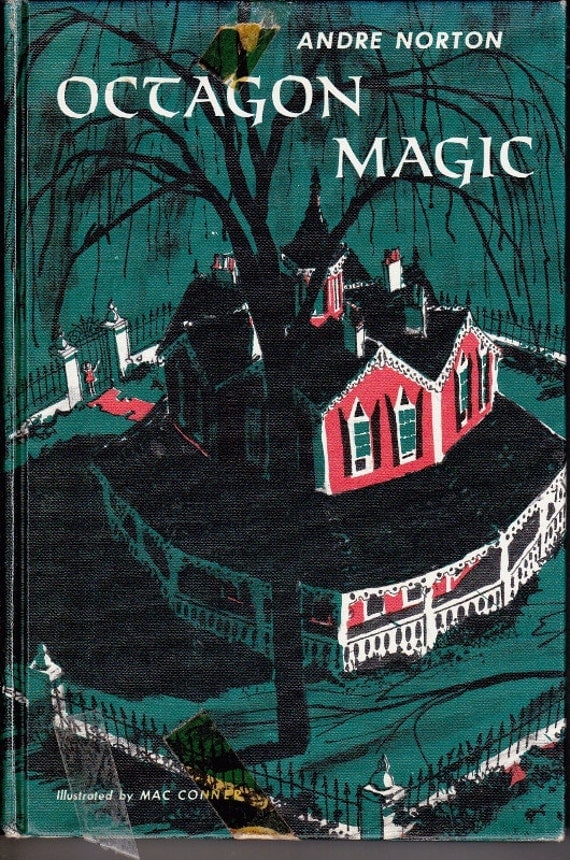 From the Wild West to the East Coast, the Mithril Guardian has your back, readers! Today’s novel is a children’s book written by Andre Norton, the Grande Dame of Science Fiction. Part of her “Magic” series, a set of books which focused on youngsters learning more about the world at the same time they begin to find their place in it.

Since each book in the series is only related by these criteria, there is no “proper” way to read them. Octagon Magic may be read first, last, or in-between. There is no need to worry about missing something important because, in this case, there is nothing important to miss.

Octagon Magic begins with Lorrie Mallard walking home from school. Having recently arrived from Canada, after her parents died in a plane crash, Lorrie lived with her grandmother. But when the matron of her family had to have an operation, she could no longer live on her own or care for Lorrie. So she has gone to England to stay with a friend while she recovers from her surgery. Thus Lorrie has been sent to live in America with her Aunt Margaret.

The adjustment has not been pleasant. Aunt Margaret has to work most of the week, so her niece is often left to her own devices during the day. Add to this the fact that Lorrie’s knowledge of Canadian history and lessons in courtesy at an all-girls’ school clash with the American curriculum and manners, and you have a recipe for trouble. Three boys – partners in crime and mischief – have taken to following Lorrie home singing, “Canuck, Canuck, walks like a duck!” 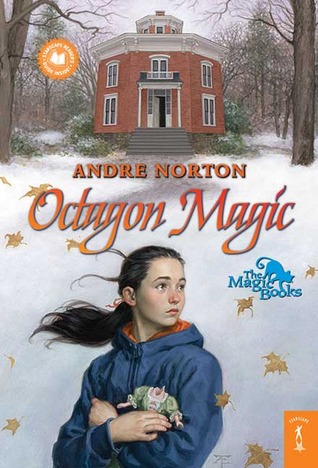 Unable to go to her busy aunt for comfort and unwilling to make friends with whom she could commiserate, Lorrie can only walk home while fighting the urge to cry. On her way she passes an old, old residence known to the local children as “the witch’s house.” It is, in fact, a colonial domicile designed on an octagonal floor plan, much like Thomas Jefferson’s Monticello.

Curious – and desperate to get away from the boys – Lorrie goes down the alley that leads to the Octagon House. While there she finds a statue of a stag overgrown by lichen. She has not spent more than a few minutes admiring both the statue and the house when she hears the boys in pursuit of new prey.

Drawn out of the alley by their cries, Lorrie discovers the three are tormenting a kitten with a stick. The desperate little creature escapes them and claws its way up the girl’s clothes, where it does its best to hide inside her windbreaker. The boys’ leader, Jimmy Purvis, demands she turn the animal over to him.

Frightened by his unpleasant smile, but unwilling to hand over the kitten, Lorrie does the only sensible thing she can do. She turns tail and runs straight toward the Octagon House. Although the building is surrounded by a wrought-iron fence Lorrie is able to scale it with relative ease, having climbed trees frequently in Canada. 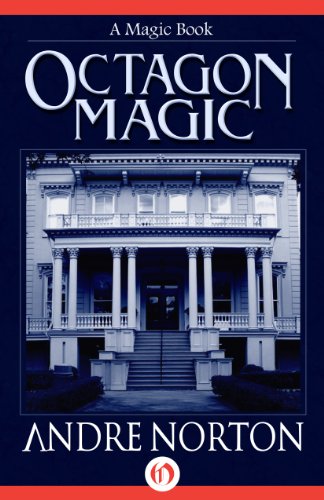 Once inside the grounds the kitten escapes from her windbreaker and runs away. Worried that the cat might double back to the boys and be trapped by again, the young rescuer follows swiftly. Instead of returning to the street, however, the kitten leads its new friend right up to the front door of the house.

An old, old black woman opens the door as soon as Lorrie arrives. This allows the kitten to enter the safety of the house, though it stays near the maid and meows as she greets the girl. The woman, who identifies herself as Hallie, thanks Lorrie for saving the kitten, which she identifies as Sabina.

Hallie kindly lets Lorrie out, but not before explaining that she isn’t “the old witch” the neighborhood children mean when they shout at the house and dare one another to knock on the door. That would be Miss Ashmeade, the owner of Octagon House. Later, while she waits for Aunt Margaret to return from work, Lorrie wonders about the strange old house and its occupants….

And that is as much as I am telling you, readers! If you want to know more, check out Octagon Magic at your earliest opportunity. The writing is good, the story fantastic, and the characters are well-drawn. This is a book anyone, no matter what their age, can enjoy.

“My father taught me to shoot a rifle and a shotgun. He used to take me hunting.”

Boone smiled. “Man’s a predator. He’s a hunter by instinct. I suspect he’s taken his living from the wild animals and plants as long as he’s been around. But he was a hunter first, bred to be a hunter.”

“I didn’t suspect you did. But think of it. All the predators have their eyes lookin’ forward to keep their eyes on the hunted. The game that’s hunted has eyes on the side of their head so they can watch better. You take notice, ma’am, the wolf, the lion, the bear, all animals that hunt have eyes lookin’ straight forward. So does man.”

“I don’t like to think of that. I hope we’ve gone beyond such attitudes. Isn’t that what civilization does, Mr. Boone? To teach us to live together in peace?”

“I reckon that’s the ideal, ma’am, but all folks don’t become civilized to onct. There’s some of us lag behind, some of us have to protect the rest of you civilized folks from those who haven’t gotten beyond the huntin’ stage. When a man comes at you with a gun or a knife or a spear, you don’t have much time to convince him that he’s actin’ uncivilized, and he isn’t likely to listen. That’s when you yourself become uncivilized in a hurry or you die.”

“No decent-minded person does, but if there’s somebody up on that ridge with a rifle who is about kill Peg’s mother, you’d better kill him first.

“You see, ma’am, when a man sets out to rob and kill, he’s strikin’ a blow not only at you, at Peg, Wat, and Matty here but at all civilization. He’s striking a blow at all man has done to rise from savagery.

“I’m not a scholar, but the way I see it is that men have learned to become what we call civilized men by stages, and every child growing up retraces that pattern during his lifetime.

“There’s a time when youngsters like to play capture games, a time when they like to build play houses and huts, if it is only to put a blanket over a couple chairs and crawl under it.

“There’s a time when they like to make bows and arrows, dodging around and hunting each other. Hide-an’-seek is one way of doing it. After a while, he grows beyond that stage, or most of them do.

“Some folks just lag behind. They never grow beyond that hunting and hiding stage. They become thieves and robbers.

“Only a few years ago, a young man could go to war, and if he did enough looting or captured enough horses or arms, he could come home a rich man. Most of those who originally had titles over there in Europe had them because they were especially good at killing and robbing and were given titles for doing it in support of their king.

“Well, we’ve outgrown that. Or some of us have. The others are still lingering back there in a hunting, gathering, and raiding stage, and if you meet one of them alone in the dark, you’d better remember he’s not a human being but a savage, a wild animal, and will act like one.”

“So I must descend to his level?”

“If you want to be civilized, ma’am, you’re going to have to fight to protect it, or all the civilized people will be dead, and we will be back in the darkness of savagery.”

“No, ma’am, but out there in the night, sometimes with a campfire, a man has time to think. He can’t get his thoughts from books. He has to think things out for himself, and a man likes to understand what life he’s living and why he must do some things.

“I’m not sure all my thoughts are right. Some of them need a lot more thinking, but you don’t try to reason with a man who is trying to kill you, or else you will be dead, and violence will have won another victory over peace.

“You take that man who shot your husband, ma’am. He did it because he saw your husband as a threat to him, and when he tries to kill you, it will be for the same reason.

“Are you goin’ to let him do it?” – Exchange between Mary Breydon and Temple Boone in The Cherokee Trail by Louis L’Amour

She had been thinking a good deal about Temple Boone’s comments and had decided he was probably right. If civilization was to endure, those who believed in it must be prepared to strike back at the dark forces that would destroy it. Aside from that, she was Peg’s mother, and Peg’s mother had to live to ensure Peg of the education and the chance she would have. For that, she was willing to fight. – The Cherokee Trail by Louis L’Amour