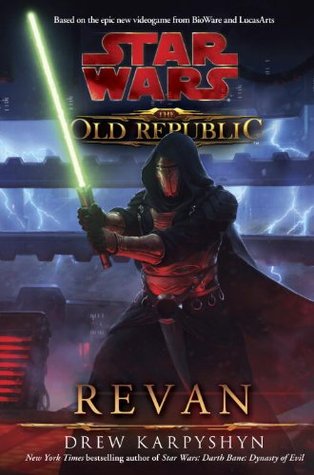 If you are thinking that this blogger is on a bit of a Star Wars kick, readers, you would not be far wrong. The main reason for this is that I have had time to explore both SW timelines further recently. With all of this new information and entertainment in front of her, this blogger has had little else on her mind except for a galaxy far, far away.

And before you ask, no, I have not seen Rise of Skywalker. Nor do I intend to see it. The film was never on my radar, in no small part due to the fact that the sequel trilogy lost me with The Last Jedi. Rian Johnson insulted this writer and at least half the fan base for Star Wars with that film, leaving J.J. Abrams to make the best of a bad situation – one which, arguably, began with the poor treatment of the original characters in The Force Awakens.

There were plenty of good stories from the original EU that Disney could have adapted for film. Most will automatically think of the Thrawn trilogy, and while that would have been a great animated movie series, I personally think Disney should have done damage control on the Yuuzhan Vong story line and following arcs. As stated elsewhere here at Thoughts, doing this wouldn’t have been terribly difficult. Rather than take that tack, however, Disney chose to do what they have done. The results speak for themselves, so this author will say nothing more about them.

With that less-than-positive introduction, we turn to today’s subject. Revan is a book based on the sequel to Lucasfilm/Bioware’s runaway video game success, Star Wars: Knights of the Old Republic. At least, I believe the novel is based on the script for Knights of the Old Republic II. It may have left some details out, but that is not necessarily a demerit. Both KOTOR games could be played for hours on end, even when the gamer knew the story so well they could skip certain sections with ease.

The book is set two years after Revan saved the Republic from his former friend and Dark Side apprentice, Darth Malak. Now married to Bastila Shan, he and she are living quietly in an apartment on Coruscant, well out of the public eye. On a city world of millions it is easy for two people – even two powerful Jedi – to disappear and stay out of sight.

But while he is enjoying his hard-won peace and happiness, Revan is troubled. For the last three nights he has awoken in a cold sweat after dreaming of a world covered in perpetual lightning storms. Getting out of bed, he rinses his face in the refresher sink before stepping out onto the balcony. 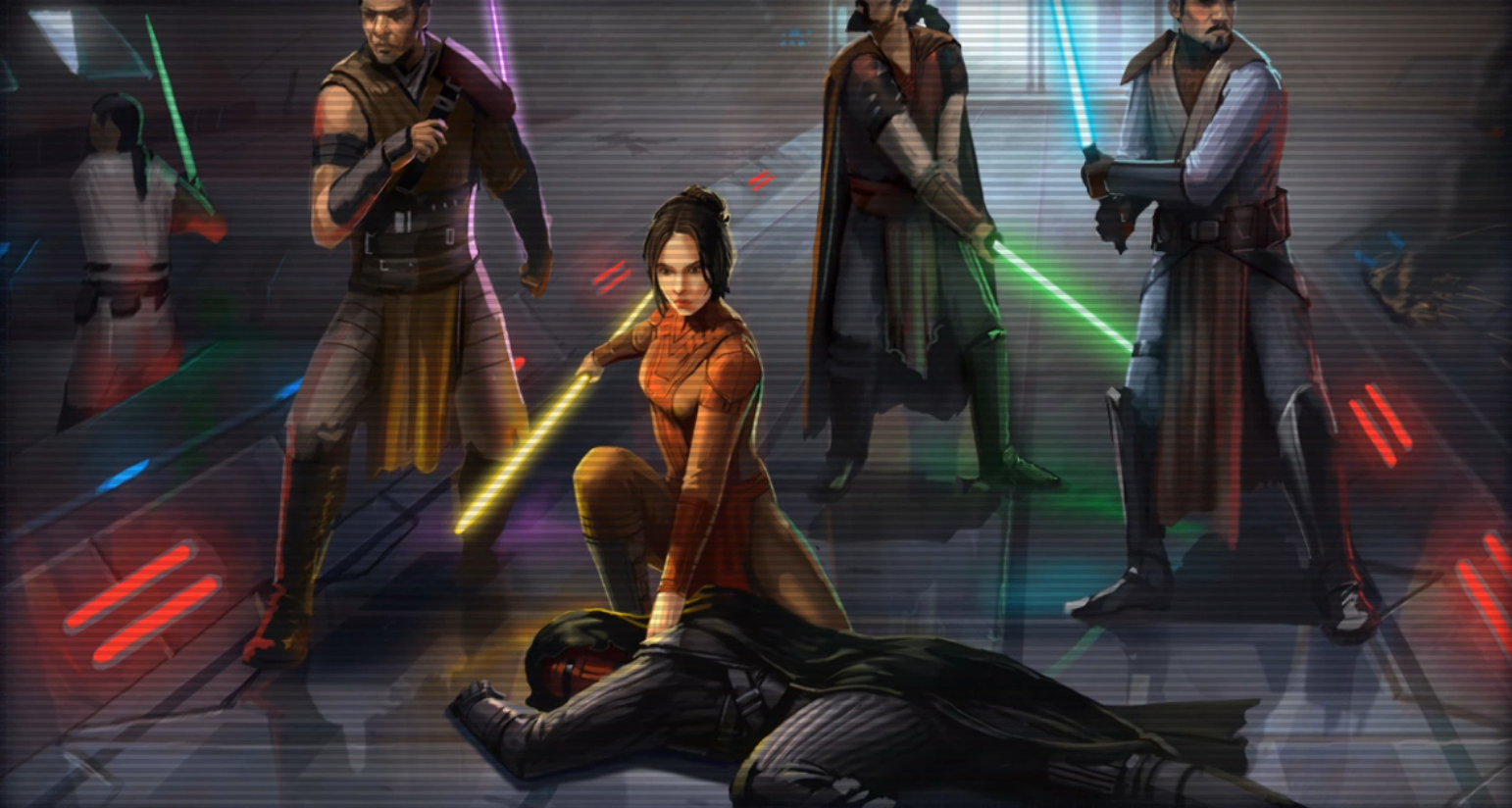 The Capture of Revan

He is not out there long when Bastila joins him, having awoken despite his best efforts to let her sleep. The two discuss the past, with the young wife reminding her husband that he is no longer a Dark Lord of the Sith. She also laments her part in his mind wipe, realizing now that it was not a good thing to do. However, Revan is grateful for the mindwipe. If it hadn’t been for that, he reminds her, then they would never have met or married.

With the problem seemingly settled, the two go back to bed. But only one falls asleep. While Bastila gets some rest her husband remains awake, trying to figure out what the dreams mean. So far, all that is clear is that a storm is coming, one borne on the wings of his past actions. And even though it is still far off, it threatens to wipe out the Republic, the Jedi, and everyone for whom the Prodigal Knight cares.

Meanwhile, on the storm world of Dromuund Kaas, Lord Scourge steps out of his shuttle. Dromuund Kaas is the heart of the Sith Empire, and Scourge has not been to the planet since his academy days. He has only returned now because a member of the Dark Council, Darth Nyriss, has requested his help ferreting out assassins who have attempted to kill her several times.

He quickly learns that he was not, in fact, summoned by the Dark witch of her own volition. The Sith Emperor has implied that members of her retinue are responsible for the assassination attempts. In order to quell the trouble, he “suggested” she employ Scourge to investigate the people of her house. And any “suggestion” from the Emperor of the Sith practically counts as an order.

Should the young Sith Lord discover that the Councilor has engaged in treasonous behavior, he will of course make that report to the Emperor, at which time Nyriss’ life will be immediately forfeit. The only problem with that plan, naturally enough, is that Nyriss might catch him before he makes his report – or even after he does make it – and kill him. If he wants to live, let alone advance into the upper echelons of the Imperial court, Scourge must tread carefully. 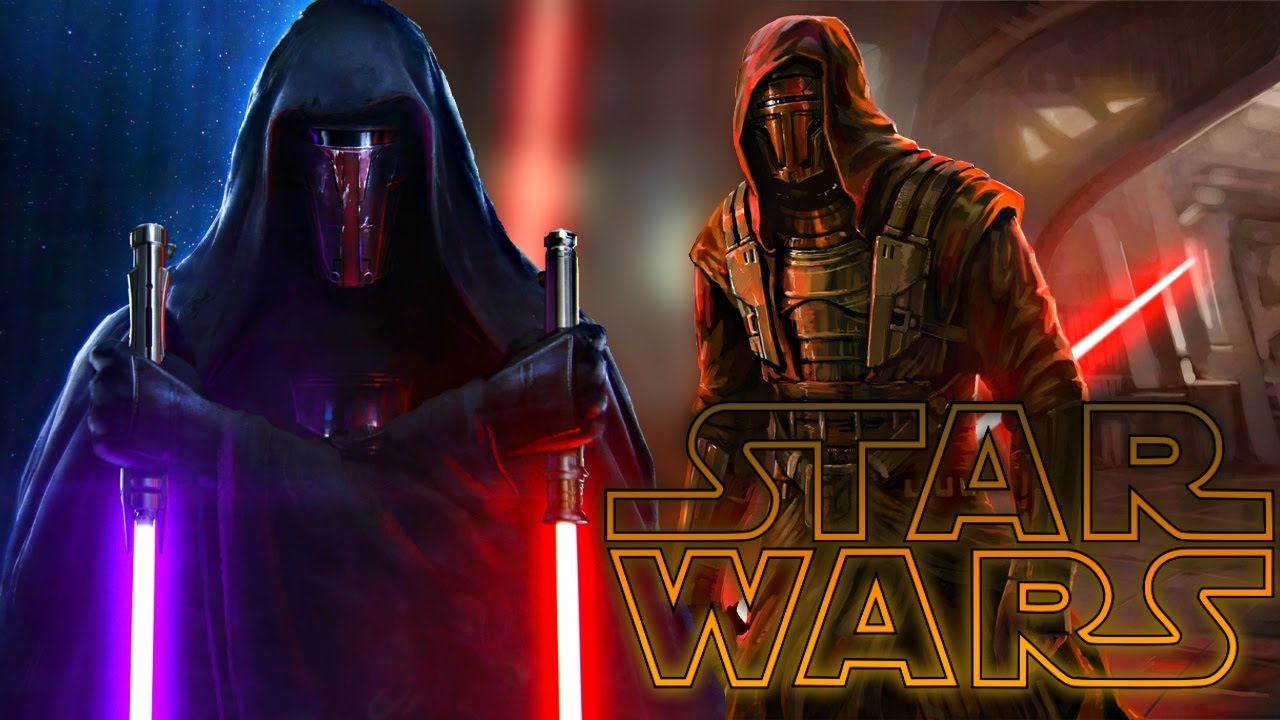 Between the two of them, Revan and Scourge grope their way to a horrifying realization. As one searches for answers from his past and the other is drawn into a present conspiracy, they each discover the same terrifying solution to the puzzle. For the Emperor is not only powerful; he is stark, raving mad. And that madness will sweep away all life in the galaxy if he isn’t stopped.

As other reviewers have noted, the prose in this book is not the best. I suppose, though, that since the target audience for this novel is not the general Star Wars fan base. It is mainly meant for the people who played Knights of the Old Republic one and two.

Scourge receives more character development and “screen time” than Revan, which is a bit of a bummer. The writer may have also been told that he didn’t have to focus on the Prodigal Knight much. Still, the scenes we get with Revan are fun and give gamers who played KOTOR more time with the protagonist they pretended to be for the duration of the story.

We also get a nice look at Mandalorian culture in this book, along with some quality time given to Canderous Ordo, everyone’s favorite barbarian warrior. Although he is given too much of the limelight in my opinion, Scourge makes up for it by being an interesting guy. He is ruthless and horrible, as the Sith usually are, but he also has a twisted sense of honor that can’t help but win a reader’s affection.

There are no explicit or extreme content Warnings for Younger Readers that I noticed. Nothing the married couples in the book do is dwelt on, while the evil perpetrated by the villains remains at acceptable levels. To be perfectly honest, this blogger believes that Revan probably qualifies more as a novel for younger Star Wars fans than it does for the adult members of the fandom.

For that reason, I have no reservations about recommending it to them and suggesting more mature fans avoid the book. It’s not bad if you know what you are getting into and don’t care, but if you pick it up believing it will match the more adult entries in the Expanded Universe, you will be disappointed. This was a book designed for youngsters and die-hard fans of a video game, not experienced readers looking to spend some quality time in a galaxy far, far away.

May the Force be with you, readers! Hello, Readers! As you know, my conversations with the girls at The Elven Padawan led me to check youtube to see if there were any videos about Star Wars‘ original timeline. Having found several valuable videos there, I thought I would to post them here at Thoughts, along with links to information about the original Star Wars Expanded Universe.

This should fill in the gaps in my own knowledge of this field, since I know a fair bit about the original Expanded Universe, but not as much as I’d like. Below you will find a number of links to Wookieepedia articles on the Jedi, smugglers, and bounty hunters mentioned in these videos. Anything not covered in the videos should be in the articles.

(Sorry for the language at the start of this video!)

Rukh and the Noghri in Star Wars Rebels – Canon vs Legends

7 Jedi That Survived Order 66 and How They Did It

All Jedi That Survived The Great Jedi Purge

Hello, Readers! Given some recent conversations with the girls over at The Elven Padawan, this blogger realized that it might be helpful to post videos and links to information about the original Star Wars Expanded Universe. My own knowledge of that timeline is limited; I know a fair bit about it, but mostly through reading my New Essential Guide to Characters and, subsequently, some Wookieepedia articles. Since I generally don’t pay attention to anything written from the Yuuzhan Vong War forward, that also limits my knowledge.

Besides the videos appearing below, links to Wookieepedia articles about some of the characters will be embedded in the titles for these videos. If the videos whet your appetite for more original Star Wars fare, then these links should fill in any blanks the videos didn’t capture. And since this article was so much fun, I think I might do another one in the future!

Though I will be reviewing some more Star Wars material next month, I thought it might be helpful to post these videos about characters from the original SW Expanded Universe. This would give readers here a chance to brush up on the first timeline for stories written to flesh out Lucas’ magnum opus, while giving me time to write about the books I wish to review. 😉

Have fun learning about the original Star Wars universe, readers – and remember:

What Happened to Obi Wan’s Lightsaber after his Death?

How the Death Star Plans were Stolen in Star Wars Legends

5 Jedi That Joined The Galactic Empire

Hey, Readers! After several discussions with the girls over at The Elven Padawan, I was inspired to look up a number of videos about the original Star Wars Expanded Universe. Most of those videos will appear in later posts, but I thought these deserved to be shown first.

These videos are all “live-action cut scenes” from the video game Star Wars: Jedi Knight: Dark Forces II. They’re not entirely up to modern standards, I suppose, but they are nonetheless fascinating viewing. Someone on youtube collected them and put them together as a film, but I thought it would be easier on everyone to post the three different videos filled with cut scenes here today. That way you can stop and come back whenever you want to, readers. 😉

Based on these videos alone, I can see why Dark Forces II was such a big hit. Who wouldn’t want to play a game AND watch a film at the same time? It’s one of the reasons why I enjoyed playing Knights of the Old Republic so much – and that game was entirely CGI! It’s too bad Disney or some other company hasn’t refurbished or reshot Dark Forces. This game was a real gem.

But enough talk – you came here to see Kyle Katarn and Jan Ors face down the High Inquisitor Jerec over the power of the Valley of the Jedi. Have fun watching these videos, readers!

May the Force be with you!