Are you ready to do battle on the desert sands of Zi again, readers? All right, then, here we go! Today’s zoid is one of my favorites. This would be the Helic Republic’s raptor-type, multi-use Gun Sniper.

Its cockpit, as you may have guessed if you have kept up with my other zoids’ posts, is under that orange canopy on its head. I have yet to encounter a Gun Sniper with more than one seat; every last one of them is a single-pilot zoid. With a lightweight frame and armor, plus high maneuverability, the Gun Sniper is one of the few two-legged zoids I would take if my preferred four legged “mechanical combat units” were not an option.

Gun Snipers get their name from their main weapon. This is a sniper rifle that is hidden within the zoid’s tail. From a high vantage point or even on the horizontal, a Gun Sniper can swing around, lock into place with its large toes, and then straighten out its spine so it is level with the ground.

When it does this the pilot’s seat extends into a flat board and flips over, allowing whoever is in control of the Gun Sniper to assume a prone position. They can then take the controls for the hidden rifle, line up on their target, and fire. Usually, their enemy is down for the count after the first shot.

For accuracy and efficiency, Gun Snipers are really hard to beat. Naomi Fleugel from Zoids: New Century Zero made a name for herself in the prize fights by taking down her opponents with a single shot. When the battle would start she would retreat to a sniping vantage point, wait for her challenger(s) to walk into her line of sight, and take them down with one round.

In Chaotic Century, three precisely placed shots from a Gun Sniper’s tail were able to pierce the shield of Van’s Blade Liger, destroying the generator for the shield on the its back. When you want precision, stealth, and speed, the Gun Sniper is the zoid for you, readers.

Most Gun Snipers are painted grey, but they can have different color schemes. Naomi’s Sniper was painted red, in order for it to match her hair and her costume. This did not make her any easier to spot, though; even with a coal-red paint job, she could hide her Sniper so well most of her rivals had no idea where to start looking for her. 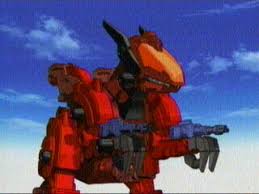 The Gun Sniper is a very adaptable zoid. It can be modified to store missiles in its shoulders and typically comes with mini-machine guns on top of its forearm claws. (It’s a Republican zoid – of course they found ways to stash extra weapons inside the Sniper’s chassis.) Besides these light modifications, the Gun Sniper can have missile packs attached to its back and hips, as well as large Gatling guns situated on its hips and shoulders. There is, typically, a radar dish situated between the zoid’s shoulders in these cases as well. Lena Toros went this route, loading her Gun Sniper down with enough firepower to make it a walking gun show display. I never, ever saw her use the zoid’s built-in sniper rifle.

One of the unfortunate side effects of adding so much ordnance to the Sniper is it limits the zoid’s mobility and speed. Even though most of these extra weapons are lightweight and meant to accent the Sniper’s alacrity, they do tend to get in the way. Lena’s Gun Sniper could not make as good time at a dead run across the ground as Naomi’s could have, from what I saw of it. Another problem encountered by saddling the zoid with extra weapons is the temptation for the pilot to carpet bomb his/her enemies rather than take them out in a more economical manner.

For instance, Lena loved blowing the countryside to pieces. She would laugh maniacally as she fired off her “Weasel Unit Total Assault” during a battle. She managed to take out run-of-the-mill fighters with this tactic but against smarter, stronger, and more able opponents, the only thing she destroyed in this manner was the ground.

You could tell pretty early in some battles when Lena was going to be the first Blitz Team member taken down. On average, Brad and Bit would both stay standing in a fight longer than she would, with few exceptions – inside and outside of the arenas.

Not all the Sniper pilots in Chaotic Century avoided this fate, either. In Supersonic Battle, Van Flyheight and Thomas Schubaltz were able to take out five Gun Snipers with relative ease. This was partly because they were the better pilots, but it was also due to the fact that their enemies remained standing in one place, shooting every cannon they had at them, instead of making themselves harder targets to hit.

Of course, since they were fighting the battle from the confines of someone’s palatial front lawn, the Gun Sniper pilots had less room to maneuver than Van and Thomas did. I guess that makes their staying in place understandable, if not praiseworthy or desirable.

It is also worth noting that while a Gun Sniper is fixed in the “sniping” position – that is, it has its tail gun lined up for a shot and its toes are locked into the ground – it is basically a sitting duck. The process of lining up for a shot does not take more than a few seconds, making the Sniper able to attack before an enemy can strike (most of the time). But when coming out of that stance, seconds truly count. Unless the pilot is really good or has a friend with a different zoid backing him up, his Sniper will be taken down quickly if it is locked into firing position when he is attacked.

Still, the positives for this zoid outweigh the negatives. The Gun Sniper was so effective on its own that the Republic began forming military units of them. They were never a zoid to sneeze at or disrespect, and I have to say that I think they were right up my alley, readers. Hopefully, this post has at least made you curious to see them in action yourselves.

Before you go, I invite you to have a look at these Gun Sniper memes. I am pretty sure most of them were made at Lena’s expense. ;D 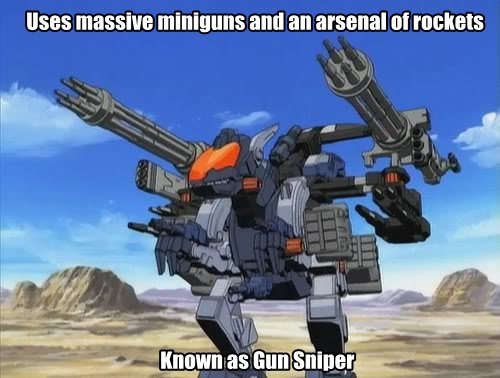 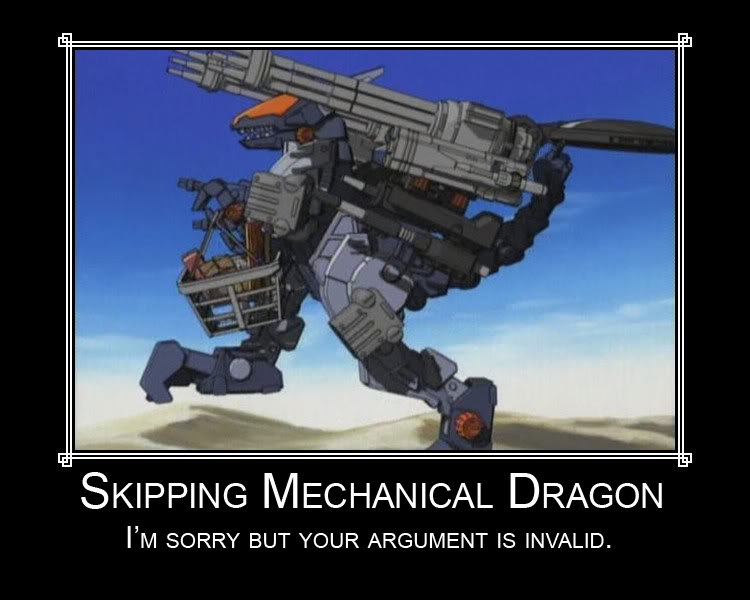 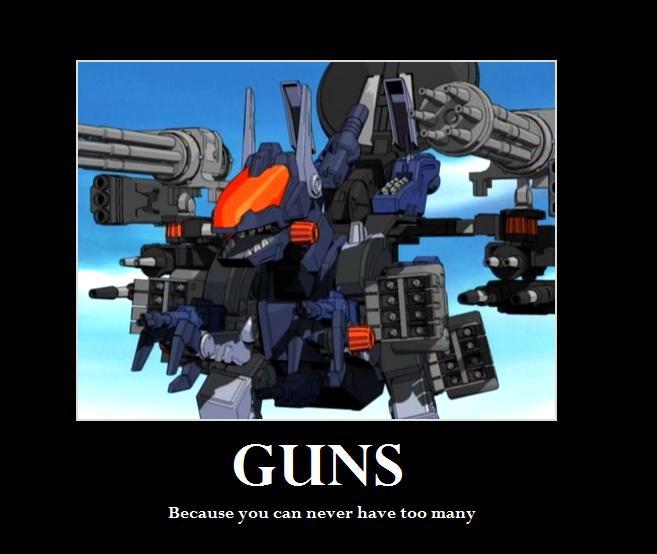 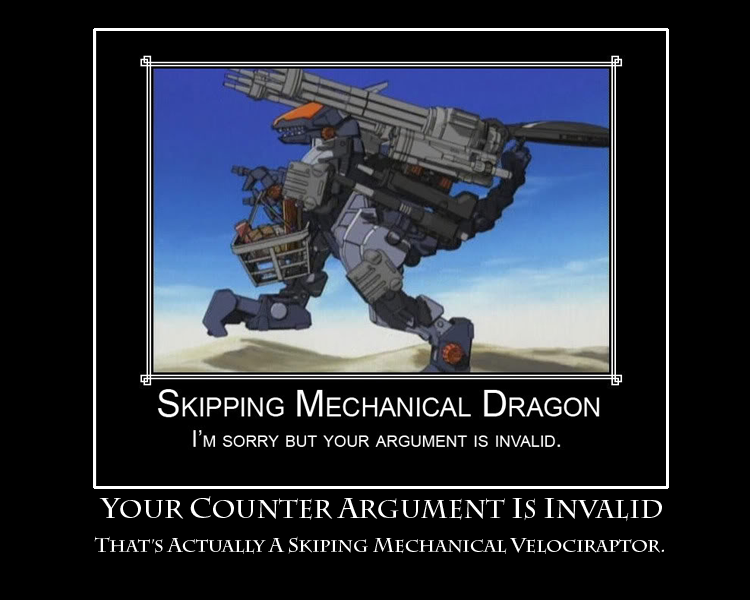 “See you on the battlefield!”